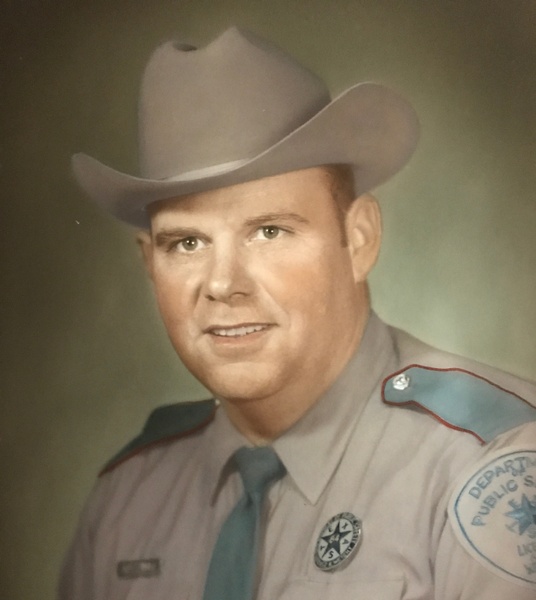 Donald Fred Alexander, beloved husband, father, brother, and friend, lost his fight on Sunday, April 3, 2022. He was born on April 27, 1938, in Clairemont, Texas, to his parents, Fred and Mary Alexander.

Don was a private pilot, beekeeper, wood worker, gardener, and family man. Don graduated from the Department of Public Safety Officers Academy in 1962.  He left law enforcement after 12 years to begin a career as a corporate Safety Director.  He was awarded the Texas Trucking Award and the TMTA Distinguished Safety Award to become an official “Green Coat”. He made many friends along the way from fellow officers to truck drivers, business leaders, and community officials.

While he took his roles seriously with a strong work ethic, he was always open to adventure, risk taking and fun. This started at an early age.  After watching superman, he was convinced that a bedsheet used as a cape would work if he could just test it from the second story window. Fortunately, he was caught before that experiment.

He was always on the look out to right an injustice for those who could not fight for themselves or to set an example for youngsters needing a role model. This included warning drag racers, making vandals clean up their own work, or acting as a Boy Scout leader when he didn’t have any sons.

Don was always ready to take on a new hobby, stop at a roadside vendor to look for a treasure, or scout out a fishing trip. He was always willing to give his time and resources to help a family member, friend, or someone in need. Don was known as a jokester with a snappy phrase, and he taught his peers how to do business with integrity, his friends how to be generous, and his family how to love unconditionally.

In his final months, he asked “Do you think people will have seen me as an honorable man?”  I think the answer to that is a resounding yes. You were an honorable man who left the world better than you found it.

After a long fight with health issues, you have earned the right to rest in peace.

Don is preceded in his passing by his parents; In-laws; sister; niece; brother-in-law; and many friends.

Don is survived by his wife, Martha; daughters, Gretcha and SuZan; son-in-laws, Rob and Jay; and granddaughters, Elizabeth and Natasha. He is also survived by his in-laws whom he considered family, brothers and sisters, Duane, Cathy, Sarah, and Carla, and their children and grandchildren.

In lieu of flowers, please consider making a memorial contribution to The Texas Department of Public Safety Officers Association (DPSOA) - DPS Trooper Foundation at About The Foundation (texasdpsoa.com)