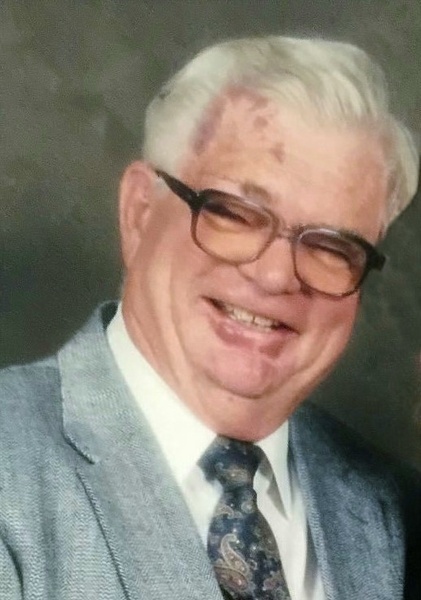 Davis was born on June 21, 1926 in Bryan, Texas to his parents, Lillie Mae and Davis Williamson, and grew up with his two younger brothers, Claude and Tom, who preceded him in passing. Davis graduated from Stephen F. Austin High School and attended Texas A&M University where he was a talented athlete, running track and playing football for the Aggies. He graduated from Texas A&M in 1949 with a Bachelor’s degree in Civil Engineering.

Davis was drafted by the Army and built roads and bunkers. He fought in Korea and was awarded the Bronze Star for his bravery.

Davis met Mary Noyce of Houston, Texas on a blind date. They were married on April 23, 1954 and happily lived 54 years together before her passing in April 2009. Davis worked for over 40 years with the Texas Highway Department; he designed many of the local roads and highways and was a member of the Planning and Zoning Committee. He assisted in developing the Brazos Valley trolley system and was Engineer of the Year 1981 for the local Engineer Society. He was president of the local Optimist Club and president of Little League West in Bryan, Texas. After retirement, Davis and Mary loved to travel in their RV around the United States. Davis enjoyed researching historical landmarks and ancestral lineage.

Known to many as Davis, DD, Uncle DD, dad, or grampa, he lived a life of unmeasured generosity and a humble spirit that connected with all who knew him. He received great joy from his grandkids and great grandkids. Celebrating their birthdays and Christmas were always a special time for him. Davis also demonstrated a passion for those less fortunate. He taught his children to work for what was best for the community. DD was deeply loved by family and friends and will be greatly missed.

A special thank you goes out to Katherine Kelly for helping take care of Davis’ diabetes monitoring and injections.

The family will celebrate DD's life with a family memorial on his birthday weekend. In lieu of flowers, please donate to hospice or a charity of your choice.

To order memorial trees or send flowers to the family in memory of Davis Davidson Williamson, please visit our flower store.