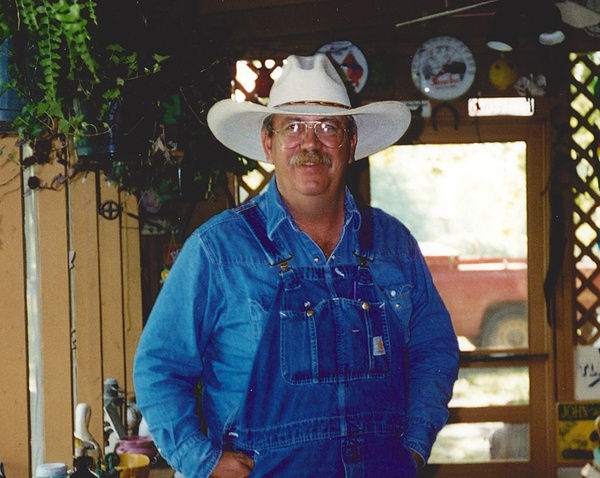 David was born on February 14, 1951, in Heavener, Oklahoma, to his parents, Holland Wright and Agnes Bush Wright.

David had many hobbies, including restoring antiques, was a collector of all sorts, and enjoyed welding, a passion of his. David also enjoyed playing guitar and singing; Country music was his favorite! He enjoyed living the ranch lifestyle, and became a great rancher. When he wasn’t ranching, he worked within the Railroad industry.

David is preceded in his passing by his parents, Holland Wright and Agnes Bush Wright; and nephew, Tommy Wright.

David will be missed by his wife, Dixie Wright; two brothers, Tom Wright and wife Marilyn, of Georgia, and Mitchell Wright and wife Mary Ann of Arizona; two sisters, Anne Marchant and husband Bob of Poteau, Oklahoma, and Pam Hunt of Edmond, Oklahoma; several nephews, nieces, grandnephews and grandnieces; and a special child of his and Dixie’s heart, Lily Watson.