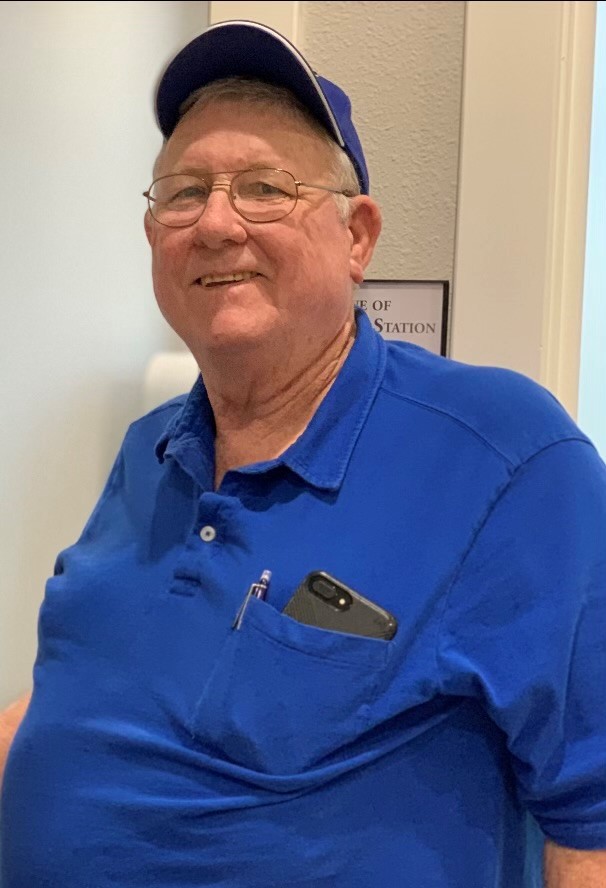 David was born in Sherman, Texas, on June 5, 1944, to John and Johnnie B. Mackey. As a child, David always enjoyed being on the farm, and playing backyard sports with his younger brother, Gary.

He graduated from Sherman High School and later attended Grayson County College. As a young man, David enjoyed going frogging, competing in river raft races, and riding his horse. He always made time to serve others— from mowing the church grass, to membership in Lions and Jaycees clubs, to volunteering as a firefighter and ambulance driver— David was glad to lend a helping hand.

The best day of David's life was the day he married his high school sweetheart, Mary Durham. They played in the Sherman high school band together, and were married on June 11, 1966. They had four loving children, Rhonna, Kim, Scott, and Stephen.

David took great pride in his service in the United States Air Force, and in his work. After his discharge, he followed in his father's footsteps and went to work for Lone Star Gas (now Atmos Energy). Over the next 45 years he would become one of the longest serving employees in company history, respected and loved by all he worked with.

After retirement, David enjoyed many hobbies. Some of his favorites included fishing, riding his tractor, cooking barbecue, playing dominoes, and golfing with his family and friends.

David was a man of great faith who loved the Lord and was committed to serving Him and His people. He was one of the founding members of Christ's Way Baptist Church where he joyfully served as a deacon. At church he was affectionately known as "The Candy Man" because he always had candy to give out to the children. David also loved to read his Bible and he made it tradition to share the story of Jesus' birth from the Gospel of Luke every Christmas to his family.

Other than his faith, the most important thing in David's life was his family. He was committed to his wife and children, and loved them deeply. He never missed an opportunity to spend time with them no matter what they were doing or where they were going. He taught his family many valuable lessons. Some of the most important ones included taking pride in what you do, always doing the right thing, joyfully sharing the hope of the Gospel, and the importance of hard work.

David was a selfless, loving, gentle, and patient man of God. He will be deeply missed by all who were blessed to have known him.
The memories of David will be forever cherished by his children and their spouses, Rhonna and Chris Callen, Kim and Artie Ashton, Scott and Lydia Mackey, and Stephen and Teressa Mackey; grandchildren, Jacob and Kaelyn Callen, Logan Callen and Casey, Grace Callen and Eli, Amanda and Richard Metzer, Allison Braswell, Alexis Sterling, Megan and Keith White, Benson and Allyson Mackey, Sieana Rodriguez, Natalya Rodriguez, Erity and Cory Hoard, Kalie and Oreste Leon, Harrison Mackey, Jane Mackey, Porter Mackey, and Jack Mackey; 15 great-grandchildren; brother, Gary Mackey; and his dog Dixie.

David is reunited in heaven with his loving wife, Mary Mackey; parents, John and Johnnie B. Mackey; sister-in-laws, Jean Mackey and Lauresa Durham; brother-in-law, Charles Durham; and many other loved ones.

To order memorial trees or send flowers to the family in memory of David Mackey, please visit our flower store.