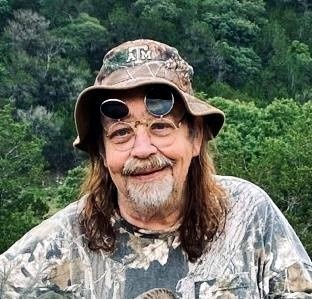 
David (Dave) Wayne Russell, was born May 13, 1954, in Oklahoma City. He always joked he "got to Texas as fast as he could" at the age of 9 months. He was raised in Vernon, Texas, and graduated from Vernon High School.

He married Barbara Wright in Stratford, Texas, on April 23, 1977. They traveled the U.S. and Europe together for over 44 years.
He graduated from West Texas University in December of 1976, and was commissioned into the U.S. Army as a Second Lieutenant. He was designated a distinguished military graduate. He received his Master's Degree from the University of Northern Colorado in 1980. After serving 15 years in the Army, and obtaining the rank of Major, he optioned for early retirement to pursue an Agronomy degree from Texas A&M University. He was a member of the "Fighting Texas Aggie Class of '95". He loved A&M and bled maroon to the very end.

He passed away September, 22, 2021, at BSW Hospital, in College Station, Texas. He was surrounded by his awesome care team and wife, Barbara.

He is survived by his wife Barbara; sister-in-laws, Carolyn Wright and Anita Russell; special cousin, Kathy Aune; and other dear aunts, cousins, and friends. He was preceded in death by his mother, Judy Russell; brother, Ron Russell; aunt, Opal Dewberry; best friend, Larry Paul; and his precious baby boy, Chester.

He was a Christian and had a very soft heart for people in need. He silently performed many acts of kindness to help the less fortunate and individuals in need. He supported many local charities. He always had a joke for everyone and he lived his life on his terms. He loved Aggie football, rock-n-roll music, hunting, and traveling to new places. He exhibited great pride when wearing his specialty hats and sometimes outlandish clothing and costumes for all to see.

Due to increasing covid in the Brazos Valley, a celebration of life will not be scheduled until early 2022.

To order memorial trees or send flowers to the family in memory of David "Dave" Wayne Russell, please visit our flower store.