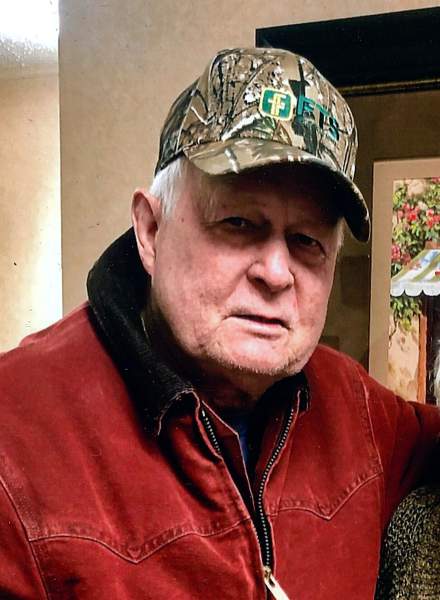 Danny, an outgoing and loving man, was born on February 9, 1943, to his parents, Boda Mae Crutchfield and Coy Williams. Danny lost his parents at a young age, and he was fortunately raised by his loving Aunt Urdith and Uncle Blackey. They were amazing parents to Danny, and he was blessed to have them in his life. Danny grew up in Round Rock, Texas, with his sister, Sandy. As a young man, Danny enjoyed going to the "picture show for a nickel," and coon hunting with his dogs loaded up in his convertible Cadillac. Danny graduated high school, and enlisted in the US Navy. He served during the Vietnam War, proudly and without complaint, well, except for when he had to clean the deck! Danny found a passion in plumbing, and found a career as a plumber and pipe-fitter. Danny was also involved with the Masonic Lodge of Kurten.

Danny met his wife, Eileen, through a mutual friend. Eileen's children used to babysit Danny's children before they knew they were the one for each other. Once it became clear that Eileen was the woman of his dreams, they were married here in Bryan, and she became the love of his life. The day of their marriage, was one of the greatest days of his life. Although he was stern and no nonsense- he was always there for his children. After 44 years of marriage and 6 children, Barbara, Debra, Kathy, Sue, Danielle, and Michael, Danny and Eileen couldn't be a stronger couple. Danny was an amazing and faithful husband to Eileen. Although he did not attend church with Eileen, he had a quiet, strong faith and would loyally take Eileen to church and work daily at Zion Church of Kurten. And, he would attend church every Christmas Eve with Eileen, just to make her happy!

Danny enjoyed spending time with his family travelling, including going to Colorado to visit his daughter, Oregon where Eileen grew up, Mexico for vacation, and San Antonio to see the Zoo! The San Antonio trip to the zoo was one of his and his families' favorite trips! They all loaded up with his children and their children into an RV and took a road trip together! It was one of the most memorable trips they had as a family.

Danny enjoyed anything sweet! He had a definite sweet tooth. He also would never turn down a good ole' sweet tea. He was a county man, always ready for hunting season He also enjoyed fishing, and loved to go with his wife. He displayed his hunting and fishing trophies on the walls in his home proudly. When he wasn't outside fishing or hunting, Danny was usually watching his favorite Western TV show, "Gun Smoke." As a sports fan, Danny rallied behind the Dallas Cowboys and the Texas A&M Aggies, and enjoyed watching the games, always with a cold beer!

Danny is now reunited with the love of his life, Eileen Carson; his parents, Boda Mae Crutchfield and Coy Williams; his loving Aunt Urdith and Uncle Blackey; and his beautiful granddaughter, Bailey Umphress.

Danny will be missed by his 6 children and their spouses, Danielle and Eric Watson, Michael and Frances Carson, Barbara and Terry Anderson, Debra Daniel, Kathy and Mark Zimmerman, and Sue and Jimmie Mertz; his sister and her spouse, Sandy and JC Parks; 16 grandchildren, 32 great-grandchildren; and 3 great-great-grandchildren.

A Celebration of Life will begin at 2 pm, on Saturday, October 24th, at Zion Church of Kurten. Services have been entrusted to Hillier of Bryan.

To order memorial trees or send flowers to the family in memory of Danny Carson, please visit our flower store.