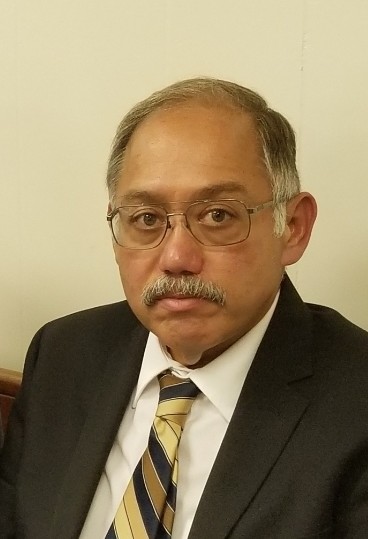 
Daniel Henry Bosquez, 59, of Bryan, was reunited in Heaven with his loving parents, Diego Bosquez Jr, and Eunice Herrera Bosquez. A visitation will be held on Wednesday, January 13, 2021, from 10-11 am, at Hillier of BRYAN. A Celebration of Life will begin at 11 am, on Wednesday, January 13, 2021, at the funeral home, with a graveside service to follow immediately after at Restever Memorial Park.

Daniel was born August 4, 1961, in Bryan, Texas. Daniel had a sweet and gentle nature, he could charm just about anyone he met. He enjoyed spending time with his family at many different types of events. He was a family man and loved everyone around him. He looked forward to holidays, and family reunions where he could spend time with the people he loved most.

He loved going to First Friday in downtown Bryan, where he would spend his evenings roaming around and enjoying the sounds of the live music performances.

Daniel was a wise man and often enjoyed a good mystery book, as well as the Readers Digest, and Archeology Magazines. Although he had a serious side, he also had a fun and silly side, it would often shine through, as he would show off his SpongeBob artifacts he collected.

He worked at John Deer, now United Ag & Turf, and his present job was at ARCO. He was a member of the first Mexican Baptist Church, known as Primera Iglesias Bautista Mexicana.

He was a loving, caring, and generous man. He was selfless in every way possible, and would not hesitate to help anyone in need. "Being Kind Can take you a long way in Life!"

To order memorial trees or send flowers to the family in memory of Daniel Bosquez, please visit our flower store.