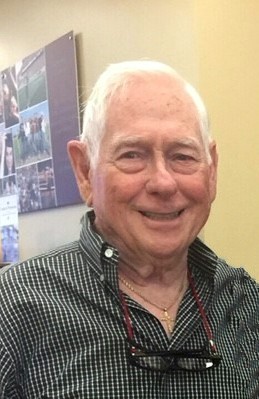 In 1949, Jim married Louise Turner. They were married 68 years before her death. Upon retirement from the U.S. Army, Jim moved his family to Austin, Texas to work for the State of Texas as the Director of Food and Nutrition for MHMR. Jim retired from the state of Texas and went to work as the Deputy Assistant Food Service Director at his beloved alma mater, Texas A&M.

Jim and Louise enjoyed supporting the Aggies any way they could. They traveled the country for many years following and cheering on the Aggie football team. When not cheering for the Aggies Jim enjoyed playing golf with his friends, his son and grandsons. He was a member of The Rotary Club of Bryan, Texas and The Aggie Quarterback Club. He was also a life-long member of the Christian Church (Disciples of Christ).

Gig'em
To order memorial trees or send flowers to the family in memory of Col. Jim Moore, please visit our flower store.