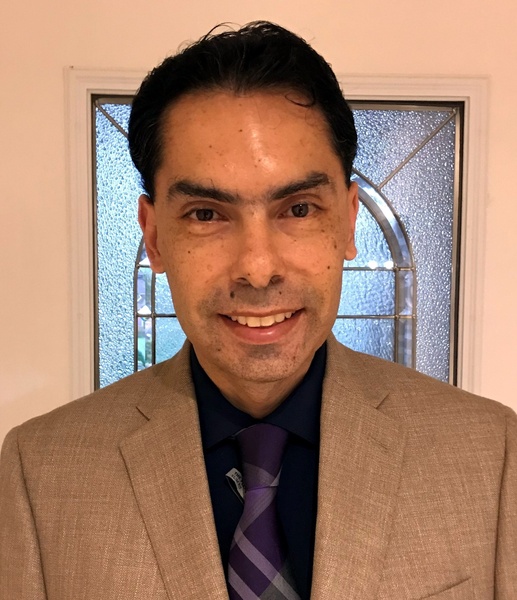 
Charles Edward Frazer passed on to a better life as an angel on Thursday, July 30, 2020.

Charlie was born in San Jose, Costa Rica, on December 9, 1972. He came to Texas when he was 9 months old, when his family moved to San Antonio. From there, his family's journey took him to Virginia, Connecticut, and Louisiana, but he grew up mostly in College Station.

He graduated from A&M Consolidated High School, where he excelled in junior varsity track and gymnastics, but was also in the gifted and talented programs. Charlie was accepted to Texas A&M University with a Presidential Achievement Award, pursuing a major in Computer Science.

Hidden behind his quiet manner was a Renaissance mind. At home, one of Charlie's rooms has a bookcase crammed from floor to ceiling, with a diversity of books on math, technology, and gardening (amongst many other subjects). Another one of his rooms displays his love of music, filled with a drum set, a guitar, a keyboard, amplifiers, and speakers. His family loved to hear him play classical piano. A vivid still life oil he painted years ago adorns the dining room. An ink drawing of bats hanging from a limb shows his surprising skill and talent. Camping and the outdoors were also among his passions, and he could spend a day shopping at REI or enjoying a weekend by the lake.

One of his many dreams was to visit the Eiffel Tower; three years ago he finally did. He liked to go after his dreams to see as much as he could and travelled accordingly, mostly in Central America and Europe. His mother's Costa Rican origin was a major influence on his interest in seeing the world and valuing the beauty of nature.

Dedicated to helping his mother's profession, he volunteered much of his time to the non-profit, pre-school ChildreNiños, taking part in training, facilitation, and preparation. He also worked there as an early childhood educator for preschoolers. He had a joy and sense of duty for teaching and helping others.

He loved gardening and nature. A vegetarian from an early age, he wouldn't even hurt a spider. He was tender, and innocent with a big heart.

He loved life and his family, and his family loved him very much too. His beautiful and kind wondrous spirit will be with us always. We were lucky for the time we had with him, and we are better people for getting the chance to know him.

To order memorial trees or send flowers to the family in memory of Charlie Frazer, please visit our flower store.