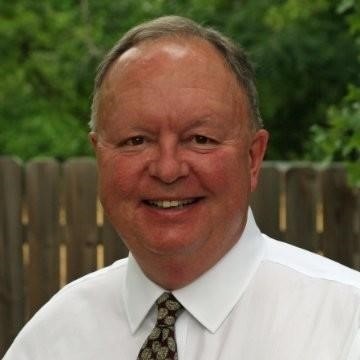 
Charles (Chuck) Anderson Hinton, Jr., died in College Station, Texas, on June 21, 2021, at the age of 67 after a lengthy illness. Chuck was born in Lockhart, Texas, on February 4, 1954, to Charles Anderson (Andy) Hinton and Margaret Ross Hinton.

Chuck grew up in Mt. Pleasant, Texas, and attended Texas A&M University as a 3rd generation Aggie where he served as a Yell Leader in '74 and '75. After graduating with a Bachelors of Business Administration-Accounting in '76, he completed his MBA-Accounting in 1978.

In 1980, he met the love of his life, Linda, when they were set up by mutual friends after a softball game at Bell Star, a honky tonk bar in Dallas, Texas. One thing led to another, and the two were married in 1981.

Chuck's career started in the oil and gas business in 1978. He served as President of Hinton Production Company, President of W.B. Hinton Drilling Co, President of H&B properties, President of The Faywood Company and manager of Hinton Estates Partnership. He was a founder and served as Vice Chairman of Titus County Cares for 5 years. His dream came true when he started working for Texas A&M as the director of NSF I-Corps, Director of Startup Aggieland and taught entrepreneurship classes at Mays Business School.

Chuck has received many awards and recognitions throughout his life. He was named to Who's Who Among American Universities and Colleges while at Texas A&M. He was later elected as Chairman of the Board of IADC. He earned the Boy Scouts of America District Award of Merit, MPISD Mentor of the Year, Titus County Citizen of the Year, and the Community Builder Award of Titus County. He was also elected to many leadership positions on multiple committees for the Episcopal Diocese of Dallas.

Chuck is survived by his wife of 39 years, Linda. His son Wes and his wife Amy, his daughters Caity and Andi, and her husband Hamish, and four grandchildren, Charley, AnnMarie, Wylie and Levi. Siblings, Ross Hinton and Margaret Ann Hampton, along with numerous nieces, nephews, cousins and friends that felt like family. Chuck will join his parents Charles Anderson Hinton, Margaret Ross Hinton and his younger brother David Hinton in everlasting life.

A small service will be held at St. Andrews Episcopal Church in Bryan, Texas, on Saturday, June 26 at 2:00 PM and live streamed on the church's YouTube channel. Due to COVID Safety Protocols, the service is limited to family only. If you feel so inclined, you may make a donation to fund an Aggie's senior ring in lieu of flowers using the link below.
Live stream: https://www.youtube.com/channel/UCT_ol5RVdiRgPeGIqCbJiUw
Aggie Ring Fund: http://tx.ag/ChuckHinton


To order memorial trees or send flowers to the family in memory of Charles Hinton Jr., please visit our flower store.