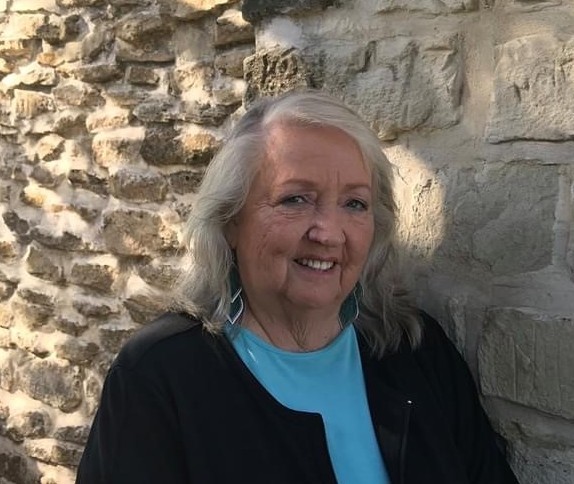 
Our beloved mother, Carol P. Gillis, passed away on April 22, 2020, in College Station, Texas. She had been battling heart disease for many years and went peacefully in her sleep.

She was born on August 30, 1938, in Versailles, Illinois, to a family with 6 children in which she was the only girl. She always said "I didn't know I was a girl until I was older, I was just one of the boys."

She was a talented singer and sang on the radio in Jacksonville, Illinois, at an early age. Later she started her own band called, "Our Gang" that booked out a year in advance for Christmas parties, New Years Eve parties, weddings, etc. Growing up with band equipment and microphone cords all over our living room floor and going to bed on a weeknight with band practice going on was just a way of life.

She went to fan fair in Nashville and tried out for the group Dave & Sugar. They were a huge group back in the '70s, and she won the part of the backup singer, but the thought of leaving 4 kids at home wasn't the best Idea, (Really mom we could have been rich). She moved to Texas in 1979 and continued her singing career in Houston until the 90's.

At one point in her life she put her stuff in storage and joined a boyfriend that was a long-haul truck driver on his route. She rode with him for almost a year and saw just about every state in the lower 48.

She loved home decor and was active in helping her daughter, Deborah, in her home staging business. She had a great eye for design.

She was a good artist and had an amazing green thumb. She would rather buy flowers than buy something she really needed.

Always a voice of reason for her children, a daily phone call was not unusual. Sometimes the calls could last for hours with no shortage of things to discuss.

She is preceded in death by her parents, Landis and Doris Pond; her siblings Marty Pond, Keith Pond and Joe Pond; and her sons, Timothy Gillis and Mark Gillis.

Due to the current events, a private memorial will be held with her family. Cremation services have been entrusted to Hillier Funeral Home in College, Station, TX.

To order memorial trees or send flowers to the family in memory of Carol P. Gillis, please visit our flower store.