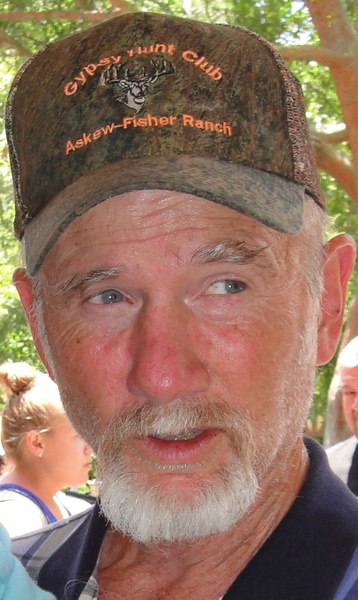 
Carlos Louis Stewart, 66, of Belton, passed away on June 12, 2021. Carlos was born on July 20, 1954, in Belton, Texas, to Louis "Shorty" and Edith "Dolly" Stewart. He was reunited with his loving parents, and his close friends Marvin Heneger and Eddie Baird.

Carlos never hesitated to make a new friend, he would strike up a conversation with anyone and talk about anything. If you ever had the chance to meet Carlos you knew that he had a way with people and that he genuinely enjoyed the company of good friends and new acquaintances. He loved to make people laugh and he enjoyed to telling a good story to anyone that would listen.

Carlos graduated from Belton High School. He gained many awards as a Belton Tiger Athlete and continued after high school as an amateur boxer. He completed many Golden Glove competitions.

Carlos had a heart of gold and would never hesitate to give someone the shirt off his back. He was family oriented and adored them the most in life. He never missed a sporting event, awards banquet, or any other activity that involved his family. When he was not with his family, he enjoyed taking trips to the deer lease with his hunting buddies.

To order memorial trees or send flowers to the family in memory of Carlos Stewart, please visit our flower store.