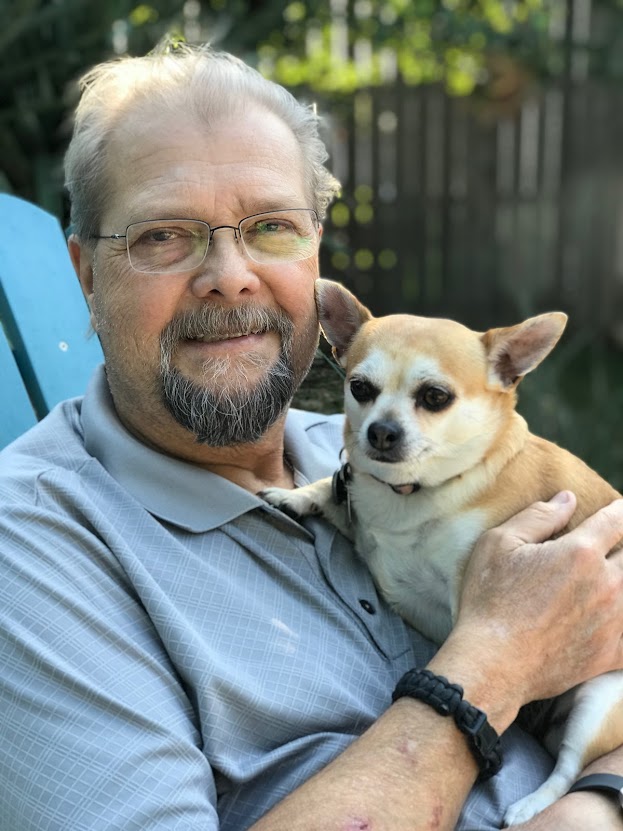 
Carl Rugg of College Station entered the kingdom of his Lord and Savior on Christmas Day, 2020.

A native of New York, Carl was born to Gordon and Charlotte Rugg in Buffalo, New York. He learned the value of hard work from his father and was still working actively at the time of his passing. As a young boy in the Buffalo area, he trapped muskrat, hunted, and worked in the family dairy business. This was the start of a career in the cattle industry where he was known, loved, and respected by his many clients both in the US and abroad.

Carl received his undergraduate degree from Cornell University and earned his Master's degree at Colorado State University in Bovine Reproductive Physiology. He founded Bovine Elite in College Station which he owned and operated until his passing.
For many years, Carl was an avid motorcyclist. In one two-year period, he rode through all 48 states in the contiguous United States. He was a skilled rider of Harley Davidson motorcycles and spent much of his free time riding throughout Texas and the Rocky Mountains with his friends.

Later in life, Carl became a competitive shooter and participated in many matches. He was a Lifetime Member of the NRA and collected many beautiful handguns and rifles. He also played golf avidly and was a member of Pebble Creek Country Club where he will be missed greatly.

His greatest love, however, was his dear wife and best friend Penny. They were married on a beautiful beach in Cancun, Mexico with friends and family in attendance. Their love and devotion for one another was inspiring; they were truly meant for each other and loved each other immensely. Penny was right by Carl's side during his battle with leukemia and he often said he would never have survived the disease, and the treatments, without her loving support. Her family became Carl's family and they loved him dearly, as well.

To know Carl was to love Carl…

Carl has now been reunited in heaven with his loving parents Charlotte and Gordon. He will be missed, but never forgotten.

To order memorial trees or send flowers to the family in memory of Carl Rugg, please visit our flower store.