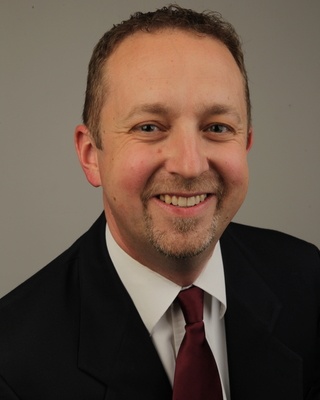 
Brent Nathan Lane was welcomed into the arms of his Savior on July 10, 2020 at the age of 43. His unexpected loss leaves an irreplaceable void in the hearts of the many people who loved him.

Brent was born in Houston on February 3, 1977 to Roger & Teresa (Larson) Lane. Growing up in College Station, Brent graduated from A&M Consolidated in 1995 and subsequently attended the University of North Texas for his Bachelors degree, followed by a Masters and PhD in Psychology at Texas A&M. He chose a career path in a field of helping others in their time of need. His greatest desire was to help people walk through the dark and challenging parts of life. In his 15 years of practice, he impacted countless clients in a profoundly meaningful way.

Loyal, loving, and kind - Brent was a genuine friend to all. He found the good in everyone. Principled in what was right, yet quick to forgive, Brent was a person who set a beautiful example of love and friendship to the people in his life. He continually sought to welcome and befriend others everywhere he went. This circle of friends became wide and deep as he earned the allegiance and loyalty of all he befriended throughout his life. Always equipped with a joke and quick wit, Brent's humor was a central part of what made him so endearing. He loved to connect with people and delighted in bringing joy to others. Sharing a hearty laugh was a treasured facet of our friendships with him.

An Aggie to the core, Texas A&M was a central part of who Brent was. He co-founded Bus 12 and found much delight in driving it around the "Promised Land" on gameday to get fellow Ags "hyped", and cheering the team on at the tailgate.

Brent had a deep affinity for being in nature. He felt it was the place where he was closest to God, and he used every opportunity to camp and fish with the people he loved. He also had great pride in being a 7th generation Texan with ties to significant moments in Texas history. Genealogical research was a pastime he enjoyed, as it helped him feel connected to the meaningful events he enjoyed learning about.

Brent's relationships were the nearest and dearest thing to his heart. His devotion to family was unwavering, and he sought opportunities to extend those bonds through the chosen family of his friendships. He was constantly looking for ways, big and small, to do meaningful things for others. Whether it was a thoughtful note, a heartfelt conversation, or supportive presence in moments monumental or mundane, Brent knew what was most important. Love was at the core of who he was and what he did.

Brent is survived by his wife, Liza Barros Lane of Houston, sons Will & Roswell of Houston, parents Roger Lane and Teresa Lane of College Station, grandmother Lois Larson of College Station, brother Keith Lane and family (Katy, Jack & Sydney) of Caldwell, sister Ellen Lane Palomo and family (Jesús, Clark & Clara) of College Station, brother Andrew Lane (Alicia) of Ft. Worth, The Barros families of Pasadena, the Rivera families of Cypress, dear friends Wes & Hildy Mohler of Houston, and many other cousins, extended relatives and friends. He is preceded in death by his grandfather and fishing buddy Jack Larson, as well as his precious uncle, Jimmy Larson.

A graveside service will be held on Friday, July 17, 2020 at 3 PM at the Aggie Field of Honor, then a memorial service held in his honor at A&M United Methodist Church at 11 AM on Monday July 20,2020.

To order memorial trees or send flowers to the family in memory of Dr. Brent Lane, please visit our flower store.