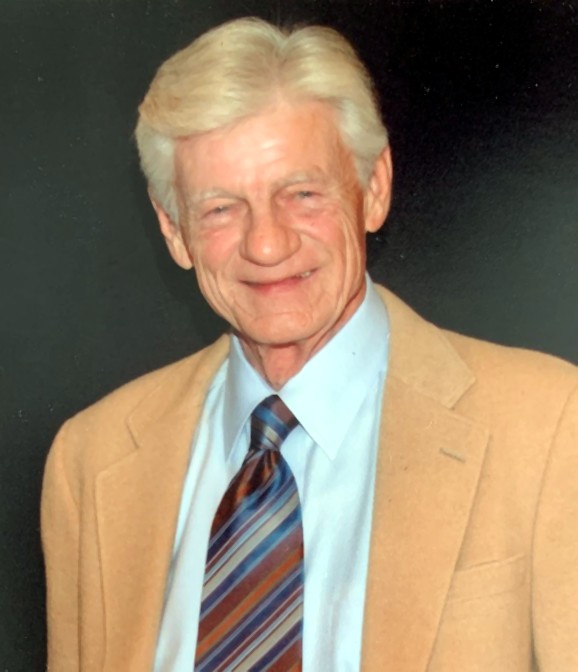 William (Bill) E. Hauck was born in Cincinnati, Ohio to Marjorie Raymond and William Hauck in 1939. At a very young age his father died; due to circumstances beyond his control he and his older sister Marjorie were placed in St. Aloysius Orphanage where they grew up.

Bill completed high school at the age of 16, and shortly after he started his military career. He served in the Navy, as a Navy Seal. Then later joined the Army, where he expanded his career in Special Forces. He served three tour duties in Vietnam and continued serving in the reserves. Bill felt it was his duty to teach other soldiers survival skills.

Bill's interest in construction began in the late 60s. While working in downtown Cincinnati, he observed the construction of the Riverfront Stadium from his office. Not long after, he became an apprentice with the Carpenter's Union and continued his education in construction engineering. He worked as a project manager on many commercial projects. He said each project is different and each building unique posing its own problems that challenged the creativity and stimulated the imagination.

Bill's military service and construction career took him many places in this world throughout his lifetime.

Living in Reno, NV was a very special time for Bill. He used his carpentry skills to help build the Chabad and made lifelong friends with the young Rabbi's who now have their own Chabad.

Bill was a devoted husband, father, grandfather, brother, uncle, friend and good neighbor. He always took an interest in the lives of others by celebrating their successes by offering words of wisdom and encouragement when it was needed.

When Bill was faced with his own health challenges, his approach is what he knew best; to fight the good fight, to survive and overcome.

Bill had a unique sense of humor and could bring light to a situation when least expected.

Bill was laid to rest February 4th. A Celebration of Bill's Life will be scheduled at a later date. Memorial contributions may be made to the Rohr Chabad Jewish Center at Texas A&M University, 201 Live Oak Street, College Station, TX 77840; or Hospice Brazos Valley 502 W. 26th Street, Bryan, TX 77803.

To order memorial trees or send flowers to the family in memory of Bill Hauck, please visit our flower store.