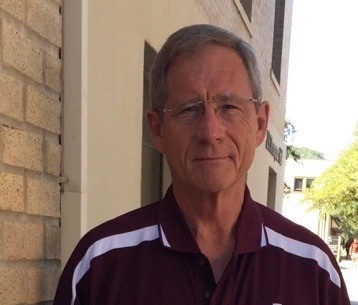 
William "Bill" Terrell Aycock IV passed away peacefully on March 20, 2021, after a brave fight against brain cancer. He was born on October 19, 1954, to William Aycock and Jean Murphy Aycock, who preceded him in death and greeted him in heaven.

Bill was born into an Airforce family and spent a childhood at various airbases in the States and in Germany before his family settled in Bryan in 1972. At an early age Bill was always mechanically inclined. He loved taking things apart and putting them back together. While in Bryan High School he built a Sterling automobile. It had a fiberglass body designed to fit a VW Beetle chassis. Bill would go on to graduate from Texas A&M with a degree in mechanical engineering technology. His aptitude for analyzing industrial machinery led to career employment in baggage handling systems in major airports and high-volume package delivery conveyors systems at Amazon.

Bill loved football and attending Aggie home games was a special treat for him. He also loved to go with his cousin John Allen to "Jerry's world" at ATT Stadium to watch the Aggies play Arkansas. We all have many fond memories of those wonderful times together.

Bill was preceded in death by his wife, Carolyn Ray Aycock; his sister, Sarah Aycock Davidson; as well as his grandparents, Sam and Bonnie Murphy of Bryan. Survivors include his sisters, Susan Aycock Hoskins and Kathryn Aycock Paulson; and his aunt and uncle extraordinaire, Pat and Don Rice who cared for him from the day he was first diagnosed. Other relatives include John Allen of Bryan and his aunt, Betty Murphy Shelton of Tyler and numerous cousins, nieces and nephews. Along with his family he will be remembered fondly by many fellow Aggies and especially his friend and college roommate, Steve Denning.

A viewing will be held at the Astin Chapel at the Bryan City Cemetery on Friday, March 26, 2021, from 10:00 until 11:00 am. The memorial service will follow immediately, also in the Astin Chapel. In lieu of flowers donations can be made to Brazos Valley Hospice or to the First Baptist Church of Bryan.

To order memorial trees or send flowers to the family in memory of Bill Aycock, please visit our flower store.