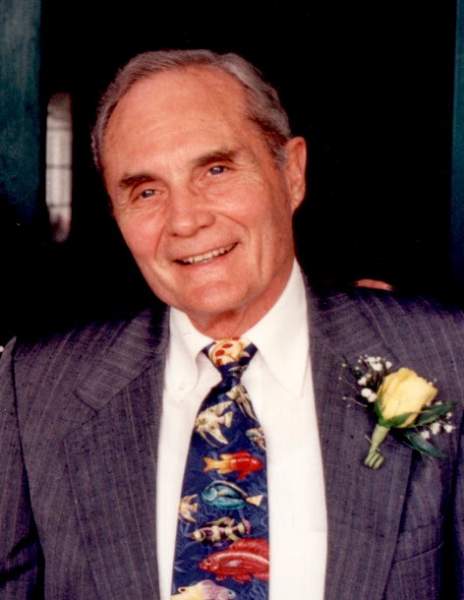 Benny was born December 6, 1931 in Dallas to Jim and Clytie Price. Growing up with his younger brother Jim, Benny lived in a typical middle-class neighborhood in Lancaster, Texas. Even though he had to get up early every morning to milk the cow before school, he still found time to enjoy playing sports like football and baseball. As a teen, Benny loved cars, and spent a lot of time in Franklin with his dad's relatives. He spent the summers there, and made some friendships there - including with his future wife, who he met when he was 16.

Right after graduating from Lancaster High School in Dallas, Benny joined the Army with his best friend. He and his friend served as foot soldiers on the front line in the Korean War. His friend was killed. Although he only served three and a half years, Benny was always proud of the time he spent in the Army. As soon as he returned from the war, he married his teenage sweetheart, Patsy Bristow. They were married on April 6, 1952 in Franklin. In their 65-year marriage, they were blessed with two children, Linda and Larry. His family was everything to him. He was an amazing father and made sure his children grew up with a good education, moral values, and a love of Jesus. He loved getting together with his kids, grandkids, and great-grandkids for Christmas.

After serving in the Army, Benny came home and returned to school. He graduated from Texas A&M with a Bachelor's Degree in Business Administration. Even though he suffered from pretty significant PTSD and struggled with issues related to that, he was an excellent provider and hard worker. He believed in being thankful for a job and doing your job well. He was an office manager at Tenneco Oil Company in Houston. He believed his job to be very important, and he was thankful for a job he enjoyed. When he wasn't working, he loved to play golf, listen to music, and go to plays and concerts. He also liked to go to sporting events and loved all things Aggie. He always loved going to the beach, especially in Hawaii. He and Patsy were able to go several times.

A kind and generous man, Benny was very social. He loved to talk to people and enjoyed laughing and joking around. He loved to be in church every Sunday, and served as a deacon at Twin Cities Church of Christ. He was always a helper and thought he could contribute to the church. The love for the Lord and baptism of both his children were important to him. His outlook was that life is tough, but God has blessed it, so take one day at a time.
Benny leaves behind his daughter and son-in-law Linda and Craig Walker, his son and daughter-in-law Larry and Maria Price, his grandchildren Bryan Walker (and his wife Katy) and Amy Arredondo (and her husband Jaime), and his great-grandchildren Elina Arredondo, Max Arredondo, and Ellie Walker.

To order memorial trees or send flowers to the family in memory of Benny Truett Price, please visit our flower store.