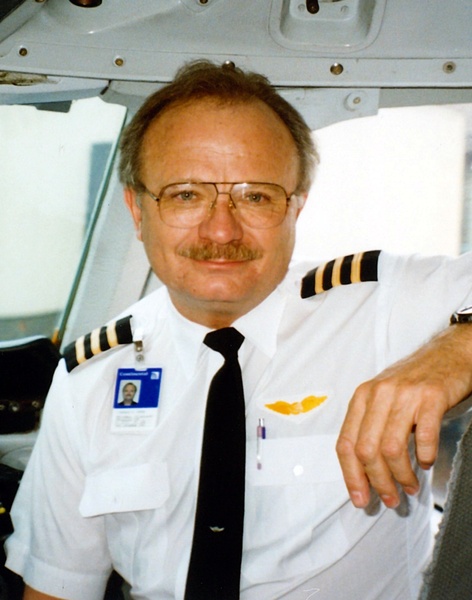 Barry was born in Memphis, Tennessee, on October 8, 1942, to his parents, Hubert and Mary Owens. He grew up in Houston, Texas, with his older brother, Bill, who had a significant influence on his life. Barry was a wild and adventurous child who loved to learn and work with his hands. When he was 13 years old he fixed up a junk yard car and drove himself to school. This of course got him in some trouble! By his early teen years he began flying airplanes, just like his father and brother. When Barry graduated high school at the young age of 17, he enlisted in the Army and served in Hawaii.

When Barry left the army, he continued flying and it soon became a career. He flew many different types of planes over the years, such as private, crop-dusters, and large commercial jets. Barry was an amazing and trusted pilot with many exciting stories about his work. To name a few, he crashed in the Pacific off Hawaii after an engine failure, had a propeller fly off an airplane while in-flight, and with Lajana in his lap an engine failed over the Serengeti in Africa only for him to get it started moments before impact. He joined Continental Airlines in 1985, and flew the world until his retirement as a Captain in 2001.

Barry met the love of his life, Lajana, in 1966. Barry and his brother were bringing back an airplane from Nicaragua and they met on a pitstop in Oklahoma City where Lajana was working at as a hotel switchboard operator. In 1969, they eloped in Las Vegas and have been together ever since. They spent 51 beautiful years together and had a son, Garett. Barry would always say that his wife was the best thing that ever happened to him and he felt so lucky to have found her.

Barry was an honest, respectable, and humorous man. He pushed life to the limits and viewed every day as an opportunity to learn and grow. He loved cars, planes, travelling, and laughs with his friends and family. Barry will be deeply missed by all who knew him.

The memories of Barry are cherished by his wife, Lajana Owens; son, Garett Owens; and grandchildren, Lucia Owens and Nolan Owens; as well as his nieces and nephews, Kim Sloan, Tracy Owens, Grady Owens, and David Owens. Barry is reunited in heaven with his parents Hubert and Mary Owens; and brother, Bill Owens.

To order memorial trees or send flowers to the family in memory of Barry Owens, please visit our flower store.