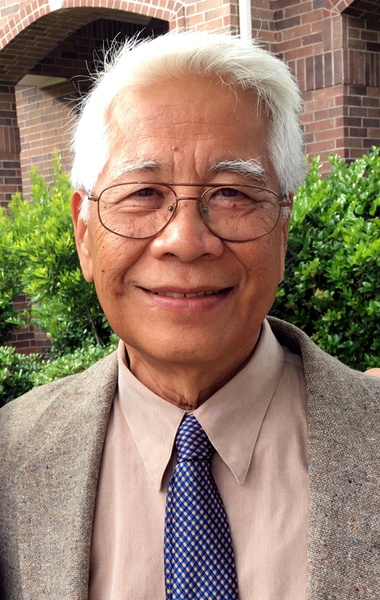 
Dr. Arthur B. Angulo was born in the Philippines on April 13, 1941, to Cecilio and Tarcila Angulo. He received his Doctorate of Veterinary Medicine from the University of the Philippines. He obtained his MS and PhD in Immunology and Virology at the University of Toronto. There he met his wife of 48 years, Nelida. In his late twenties, he was recruited by Texas A&M University in College Station, where he helped develop the diagnostic lab and retired as the Head of Serology. After 39 years of service, he became a world-renowned scientist and was awarded the distinction of Emeritus.

Dr. Angulo enjoyed watching his children and grandchildren compete in athletics, but also stressed the value of education and academics. An avid supporter of Aggie Athletics, he also enjoyed participating in outdoor activities like gardening and walking. From playing chess to being an amateur magician, he enjoyed entertaining others with his story telling. He was an ardent traveler, taking road trips to every state in the U.S and traveling to many countries around the world.

He will be fondly remembered and missed by his family and friends. He is survived by his siblings Esther, Vivian, Judith and Cesar, his children Cecile, Eloise, Antonio and grandchildren Nicole, Aly, Max, and Nicholas.

His family is grateful for all the prayers and support from extended family, friends, and community.

A Celebration of Life for will be held on Thursday, June 10, 2021, from 5:00-8:00 pm, and a Rosary at 6:30 pm, at Hillier Funeral Home of COLLEGE STATION. A Funeral Mass will be held Friday, June 11, 2021, at 10:00 am, at St. Thomas Aquinas Catholic Church in College Station. Graveside services will follow the Mass at College Station Memorial Cemetery.

To order memorial trees or send flowers to the family in memory of Dr. Arthur Angulo DVM PhD, please visit our flower store.