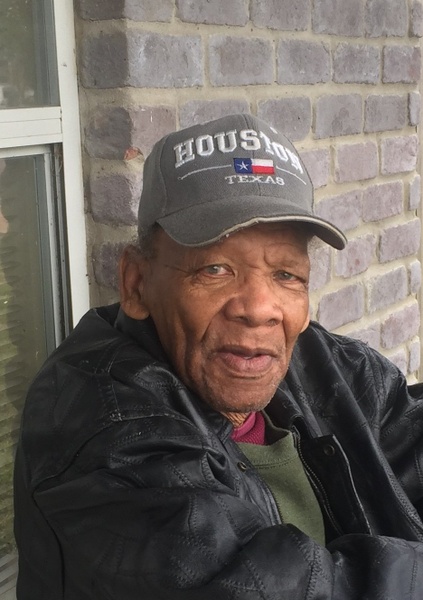 
"Our mouths were filled with laughter, our tongues with songs of joy. Then it was said among the nations, the Lord has done great things for them." Archie Sims, affectionately known as "Red," was born on October 16, 1942 to the parentage of the late Ethel and Willie James Sims in Bryan, Texas. He served his country faithfully and courageously in the Armed Forces. Post war, Red committed his life to service occupations, including serving as a commercial truck driver.

Occupations aside, Red was notorious for his quick wit, situational gumption, and ability to induce laughter. His epic humor and comedic timing were his distinguishing characteristics. To have known Red is to have known laughter and merriment. To that end, Red never met a stranger because any person- adult or child- was qualified to receive his unorthodox, yet inviting, charmful embrace.
Red was preceded in death by: his mother and step father, Ethel and James Willie Ford, Sr.; twin brother, Albert L. Sims; brother, Joseph Ford; and brother James Willie Ford, Jr.; two sisters, Billie Jean Mondine and Evelyn Faye Ford; and grandparents, Katie and George Eddington.

He leaves to celebrate his life: three sisters, Deborah L. Ford; Katie Charles (Paul); Wilma Lawler; and Sister-in-Law, Virginia A. Ford, as well as a host of relatives and friends. Red lived a full, courageous, and adventurous life. He is deeply and forever loved by his family and comrades.

To order memorial trees or send flowers to the family in memory of Archie Sims, please visit our flower store.