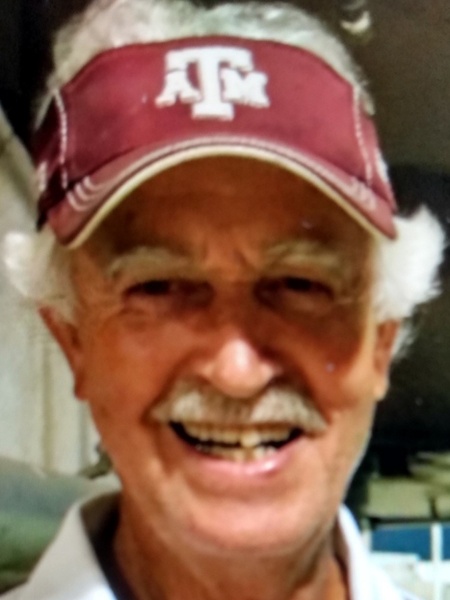 
Joe "Dr. Joe" Oden was a man of deep, abiding strength and faith. His feet were firmly planted
on the earth and in the beauty of God's creation while striving to have his eyes and heart set on the heavenly treasures awaiting him. Throughout his life, God guided him as he learned that the greatest treasures are to be found in the simplicity of God's kingdom of love and mercy.

Joe was born and raised near Brownwood, Texas with his older sister, the late Bettye Sue Oden
Connaway, and his adoring parents, also in Glory, Anson and Dorine McMurray Oden. Together they were a well-known and respected farming family in Brown County. Besides helping with farm chores and riding his favorite paint horse, Streak, Joe loved all kinds of sports that he excelled in throughout his school years at Brooksmith High School, graduating in 1959. He went on to attend Tarleton State in Stephenville, Texas for two years, serving in the corps of cadets as a member of the Wayneright Rifle Squad drill team as well as having had the honor of marching in Washington, D.C. for the inaugural parade of John F. Kennedy.

College Station is where he met, fell in love with, and married Marcia Ransom Oden, his sweetheart of 56 years. God gave them two children, Anson Joseph III (Trey) and Cindy Renee.

Joe went on to attend Texas A&M University (TAMU) to obtain a BS degree in agricultural education and then continued his graduate studies in education. He followed the call to continue on to TAMU large animal veterinary school while in graduate school and was grateful to the many mentors along his way. Joe graduated from veterinary school in 1969. His interest in the science and practice of embryo transfer in cattle over the years took the family from Texas to Oklahoma and then to the hills of Tennessee for four years where they all thrived in the beautiful, abundant gardens he created there with the family. Joe taught in both vet schools, TAMU and University of Tennessee.

They returned to Texas where Joe was employed with Granada Land and Cattle Company for 10 years, glad to return to his home state and his family along with some truly wonderful friendships that he cherished. He then began his own embryo transfer business (Old Spanish Trail Genetics) with some of his colleagues. He served some time as president of the American Embryo Transfer Association (AETA), being one of the leaders and pioneers in the field of genetics.

He was a brilliant yet humble man and easy to love. In his later years, his time and attention turned toward family, golfing, and his home in Normangee where he and Marcia were members of Sand Prairie Baptist Church. Naturally, Joe's focus became more reflective seeking to know his Lord Jesus Christ in a deeper and richer way. His mealtime prayers were not to be missed, a window into a beautiful and peaceful heart.
Whether laboring for his father in the fields under a hot Texas sun, serving his family and friends with his quick-witted humor and hard, honest work ethic, or telling stories from his upbringing as a simple farm boy with lofty dreams, his life showed how one can attain to greatness in a worldly sense while quietly and steadily nurturing the seeds of eternal life and glory within. Thank you, Joe Oden, for walking this earth and making it brighter, funnier, and more real with every breath and every step.

Joe is survived by his adoring wife, Marcia Ransom Oden; their two children, Trey and Cindy along with their spouses, Gynger and Jasper; as well as Gynger's children, Kaylee and Kiley.

Joe had three grandsons, Zachary Oden, Samuel Oden Warren, and Nicolas Oden. He is also survived by Zach and Nic's mother, Dawn Pisani Oden. Joe had one great-granddaughter, Aspen Jade Oden, through Zach and his wife Sandra; by his nephew, John Connaway and his wife Laura and their son, Brian Connaway with his wife Marla; Wanda Connaway, wife of his dear friend and brother-in-law, the late Delbert Connaway; cousin Katherine Newell and her husband Phillip; Marva Brim, wife of the late Jim Brim, Joe's dear friend and first cousin; Marcia's brother Henry Ransom, his wife Jane and their children: Jordan, with his wife Stefani and their children Nicole and Rachel Ransom; and Justin, with his wife Stephanie and their children Bella and Eloise Ransom. He is also survived by numerous friends and loved ones from along his life journey. You know who you are. Thank you all for contributing to a life well lived.

To order memorial trees or send flowers to the family in memory of Anson Joseph “Joe” Oden, Jr., please visit our flower store.