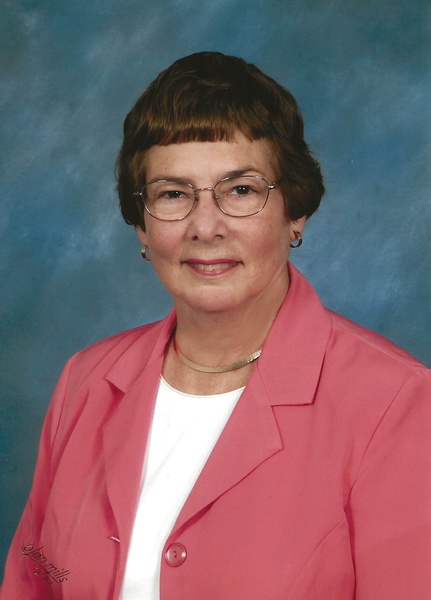 Helen Ann Tasto McMullan, age 86, was born December 8, 1935, in San Antonio, Texas, to Lothar and Ruth Tasto. She peacefully passed from this life from vascular dementia into the arms of Jesus on January 26, 2022 at home with her daughters by her side. Ann was gracious, loving, and a beautiful blessing from God!

She grew up with her parents and siblings, Fred and Margaret, in Raymondville and Bishop, Texas. She graduated as Salutatorian from Bishop High School in 1954. In 1957, she graduated with High Honors from Southern Methodist University with a Bachelor of Business Administration. While at SMU, she was elected to membership in Pi Lambda Theta national education honorary fraternity and as well as Beta Gamma Sigma. She was also a member of the Methodist Student Movement and Delta Zeta.

She met the love of her life, Charles Dewey McMullan, in March of 1957 when both attended a United Methodist conference at A&M United Methodist Church. They knew immediately that they were meant to be together. God blessed their marriage in August 1957 and they cherished 54 years together until his death in May 2012.

Ann lovingly and graciously supported Charles in so many ways throughout their lives together.  His 21-year career in the U.S. Air Force took them all over the world. During their first assignment at Wright Patterson AFB, Ohio, they gave birth to their precious daughters, Diane Lynne in 1959 and Ruth Ellen in 1961. From Ohio, they moved to Air Force bases in Austin, The Philippines, Colorado Springs, CO, Albuquerque, NM, San Bernardino, CA, near Fairbanks, AK, and finally Knob Noster, MO. As with most military wives, Ann faced many challenges, especially during times when Charles was away in other locations on remote overseas tours, but she met each challenge with courage and strength and always looked for ways to help others. Ann approached each move as a new adventure, new places to explore, and more friends to gain. She had a wonderfully positive outlook which inspired her family. As a family, they shared many special moments with dear friends and camped, fished, and explored each area.

She enjoyed so very much being a Mom to her girls and gave so much of herself to love and nurture them. While supporting her family, she also enjoyed the opportunity to teach kindergarten, elementary special education, adult education courses, and college courses such as economics during their Air Force years. She also enjoyed teaching swimming and playing the piano.

Ann continued to support Charles after his Air Force retirement in 1979 as they began the next phase of their lives in the civilian world. They lived and worked in Austin until moving to Bryan/College Station in 1980. While Charles taught at Texas A&M University, Ann worked in the TAMU President’s Office and then in the TAMU Personnel/Human Resources Department as Training Specialist, Employee Relations Representative, Employment Manager, Employee Relations Manager, Training and Development Manager, and Retirement Services Center Manager. She analyzed A&M System policies with the System Records Administrator in the A&M System Office of Policy Development. While working for A&M, Ann was involved with Brazos Valley Personnel Association, American Society for Training and Development, and Personnel Administrators of Texas Senior Colleges and Universities. After 17 years of dedicated service, Ann retired from A&M.

Ann and Charles enjoyed traveling and visiting friends during their retirement years. Sadly, soon after retiring, Charles developed Parkinson’s and dementia. Ann lovingly cared for him during his years of decline until his death in 2012.

Throughout Ann’s life, she was a beautiful example of living for Christ as she gave of herself in so many ways; caring for her family, serving her church, cherishing and helping friends in their times of need, and volunteering in a variety of ways to help others in need. From an early age, she gave from her heart by providing transportation for those without, opening her home to friends in transition who had no home, making the extra effort to befriend a severely handicapped neighbor who was homebound and, with the help of other friends, took that neighbor swimming, shopping, and sight-seeing. Ann also provided meals and welcomed to her home those who were alone at Thanksgiving and Christmas. She showed God’s love in countless ways; she gave of herself in so many quiet, Christ-like ways throughout her life.

Sadly, the last several years of Ann’s life was spent dealing with her own vascular dementia. It robbed her of many of her cognitive abilities which silenced all but her singing voice. Throughout that challenge, though, she was incredibly courageous and continued to provide her daughters, friends, and neighbors with joy and love.

Now Ann is with Jesus face-to-face and is reunited with Charles and other loved ones who have gone before. She touched and inspired so many lives in so many ways and had the love of Christ in her heart while here. She was a beautiful blessing from God and is now rejoicing in Heaven!

Many thanks to John Davidhizar, M.D. for his care of Ann the last several years, as well as Traditions Hospice, especially Amy, Jana, Chelsea, Gala, Rick and Brad, who came to provide loving care to Ann in her last days of life.

To order memorial trees or send flowers to the family in memory of Ann McMullan, please visit our flower store.