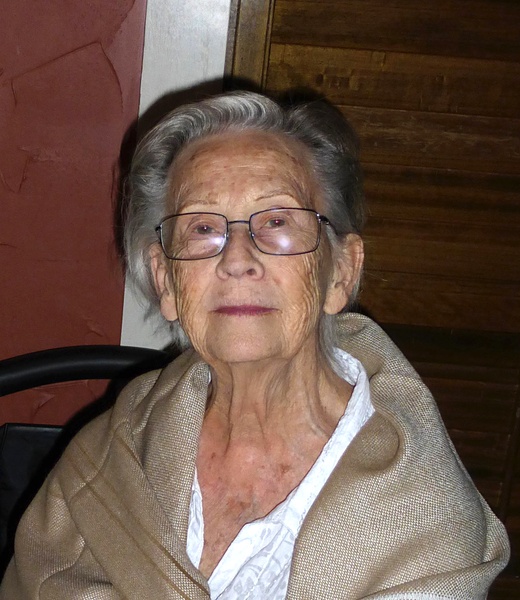 
Ann Marie Jalufka, 85, passed away at her home in Bryan, Texas, October 25, 2021, surrounded by her family. Ann was born March 6, 1936 in Galveston, Texas, to Clara Schocke Scott and Charles B. Scott. Ann attended Dominican Catholic High School in Galveston where she met her future husband, Donald James Jalufka. They married in 1953 and moved to Houston to raise their four children.

She attended San Jacinto College where she earned her Associates degree in Commercial Art. Ann's career extended over three decades, most of which was spent working for NASA, starting as a graphic artist advancing to Manager of the Graphics department. Her graphic artist career spanned the NASA Apollo missions through to the early Space Shuttle missions. In 1980, Ann started a new career as a realtor for Remax in Clear Lake City and was a member of the Texas Association of Realtors, retiring in 2000.

Ann and her husband Don, moved to Centerville, Texas in 2001 to begin their newest adventure of starting a pecan orchard which they managed until 2017. They subsequently moved to Bryan, Texas.

Ann was a long-time member of the church choir at Queen of Angels Catholic church in Dickinson, Texas. She enjoyed gardening, bird watching and taking care of the many cats that adopted her .

Ann's love of family, her sense of humor and love of animals are just some of her amazing qualities that will live on through the lives of her family and friends who she greatly influenced.

Ann is preceded in death by her parents, Clara and Charles Scott, and her beloved sisters, Agnes, Lorraine and Evelyn.

In lieu of flowers, the family asks that you please donate to the Brazos Valley Food Bank or an animal shelter of your choice.

To order memorial trees or send flowers to the family in memory of Ann Jalufka, please visit our flower store.