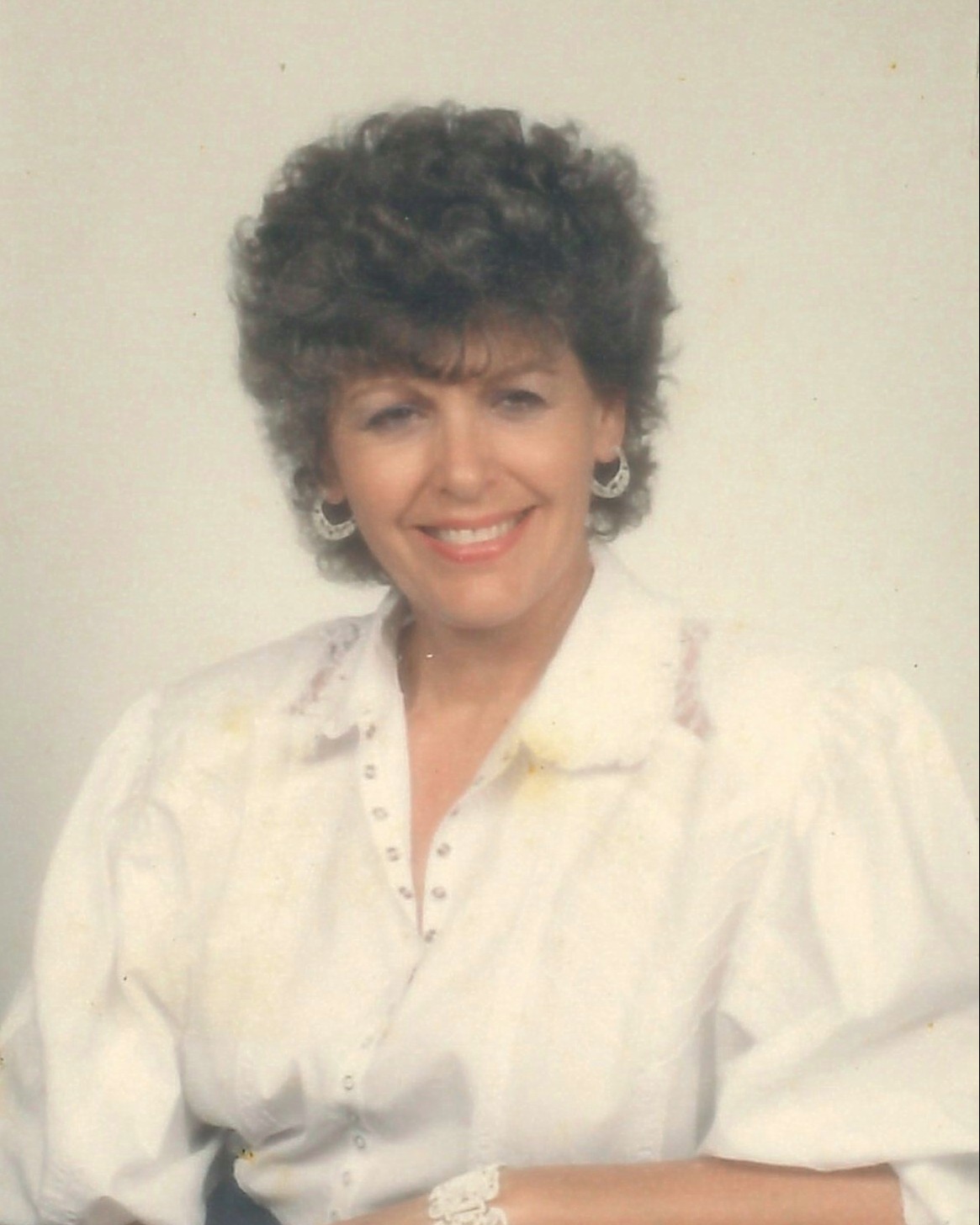 Angie Agnes Starnes was born in Ennis, Texas on March 10th, 1938, the third of 13 children to Stanley and Bessie Brezina. Always one who enjoyed life and loved excitement, one of the highlights of her high school senior year was following around Texas an entertaining, relatively unknown young singer by the name of Elvis Presley, even meeting him after one of the concerts. After graduation from La Vega High School in Waco, Texas in 1956, Angie met and married David Starnes. The young couple had 4 children and lived in the then country suburb of Austin, Manor, TX.

After David died of a heart attack in 1975, Angie became a single parent, working hard to support her young children. Known as "MaMa Starnes" to the friends of her children, she was an amazing cook and welcomed everyone into her home.  Many high school football players, cheerleaders, and future Texas State Troopers would head to the Starnes home for a good home cooked meal, a hug and many laughs.

Never one to be idle, she enjoyed quilting, craft projects, taking care of her grandchildren, and cooking. Her grandchildren particularly enjoyed their time with her; her contagious laugh, wise advice, and her "love-life" inquires of them. Angie never met a stranger and everyone who met her for the first time parted ways with a smile on their face. Thanksgiving 2022 was an especially heart-warming event which she enjoyed having most of her family present. A life-long Catholic, Angie cherished her faith and attended mass every Sunday until her health prevented her from going out.

After a valiant 10-month battle with cancer, Angie met Jesus on December 17th, during the hour of Divine Mercy. She is survived by Rick (Debbie) Starnes, Tina Griffin, Robert (Pam) Starnes, and Tamara Starnes.  Also missing their Meemaw are grandchildren Ben, Michael, Mary, Faith, Teresa and Joseph Starnes; Shane (Lael), Sara and Rebekah Griffin; Jacob (Karina), Zachary, Rachel and Caleb Starnes; and Christopher Settle. She also leaves behind great-grandchildren Jayden, Cameron and Liam Griffin, Gabriel Hernandez, Alyssa Graves, Ashton Gonzalez, and Oliver, Jack, and Charlotte Champlin. Her great grandchildren, JJ Griffin and Paisley Graves, will have to wait until they get to heaven to meet her. She is also survived by her siblings Joanne Snapp, Bobby Brezina, Betty Stewart, Richard Brezina, Carolyn Ruthesell, and Teresa Syrus.

The family would like to thank Hospice Brazos Valley and Deidre Tucker for their loving and compassionate care during her difficult battle.

In lieu of flowers, a donation to St. Joseph Catholic School in her name is greatly welcomed.

To order memorial trees or send flowers to the family in memory of Angie A. Starnes, please visit our flower store.