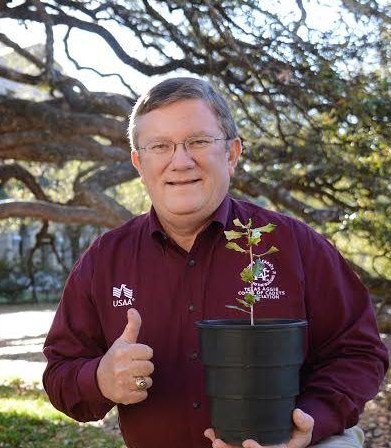 
Andy Craig Duffie, 64, passed away Sunday, Nov. 15, 2020, in College Station. A private family service will be held at Hillier Funeral Home in College Station. The service will also be available for later viewing online at www.HillierFuneralHome.com.
Andy was born Feb. 9, 1956, in Vernon, Texas, the oldest son of Margaret Jane and the late Tommie Carlton Duffie '51.

After graduating from Vernon High School, he attended Texas A&M University where he was a member of Company M-1 in the Corps of Cadets, and the Ross Volunteers. As an upperclassman, he advanced to Corps Staff where he served as Corps Adjutant and was elected senior class president of the Class of '78.

On May 30, 1981, he married his high school sweetheart and the love of his life, Connie Duffie, in Vernon. After owning and operating several small businesses in Vernon for 33 years, Andy and Connie moved to College Station in 2014, where he remained active with his beloved Texas A&M University. He was a past officer of the Brazos County A&M Club, and was frequently involved with the Brazos Valley A&M Club's Aggie Muster. He also served as class agent for the Class of '78.

One of the great passions in Andy's life was "paying it forward" - giving back to causes greater than himself, and to the people and institutions he loved. This was most apparent in his Aggie Century Tree Project, which began in 2010 as a fundraising project that has since funded the Century Tree President's Endowed Scholarship, a Sul Ross scholarship, and several Aggie Ring scholarships. He also enjoyed meeting other Aggies across the country and helping new generations of A&M students get their start in Aggieland. More than 3,000 of his Century Tree seedlings have been planted in 15 states across the country.

Andy is survived by his wife Connie Osborne Duffie; two daughters, Andrea Gail Duffie '08 and Laura Ellen Duffie '12; his mother Jane Duffie of Wichita Falls; two brothers: Doug Duffie '80 and his wife Cheryll '82 of Colleyville, and Kelly Duffie '83 and his wife Leslie '86 of Cypress; two nieces, Hope Duffie and Shannon Duffie '16; and two nephews, Ryan Duffie and Sean Duffie '22. He was preceded in death by his father, Tommie C. Duffie '51.


To order memorial trees or send flowers to the family in memory of Andy Duffie, please visit our flower store.