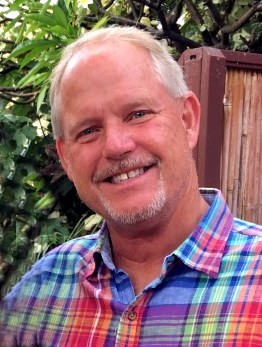 Andy was born at Lackland Air Force Base in San Antonio, Texas on July 1, 1963. While his childhood houses are scattered across the United States, he would claim Texas as his home. Having a father in the Air Force required his family to relocate frequently,ut that did not stop his competitive spirit and love for athletics, which would help him navigate life's uncertain times and cultivate new friendships with each move.

From a young age, he cherished time spent on a sports field. Whether it was football, baseball, running track or many other competitive outlets, Andy had a passion for working hard to be the best at anything he set his mind to. He excelled at football in particular - His first love - and thrived under the coaching pressure of Gordon Wood in Brownwood, Texas. This is where his proclaimed legacy as an elite athlete began. He spent countless hours training and practicing to become the athlete his friends and family would know him as. He once said that "with a little luck and a lot of confidence, anyone that believes in themselves can always make the starting lineup".

Prior to Andy's Senior year of high school, his family moved to Austin, Texas where he attended John H. Reagan High School. This is where he met his future wife, Jennifer, and they later reconnected after moving away for college. Andy went on to play football at the collegiate level at Mesa Community College in San Diego and later finished his football career at Grossmont Junior College in El Cajon, California. His football career came to an abrupt end when he was severely injured during a game. This became a pivotal moment in his life as he returned home to Texas and reconnected with Jennifer during a shopping trip to Shepler's in Austin where she worked as a cashier.

After two and a half years of dating, Andy and Jennifer celebrated their wedding on April 4, 1987. They began their life together in Round Rock, Texas where they joyously welcomed their two beautiful girls, Sarah and Ashley, to complete their family. In 1996, they relocated to Bryan, Texas for Andy's job with Schwan's Home Service, Inc. It was through Schwan's that Andy was able to live out his competitive drive as the top salesman in his district, division, and even at the state and national level. Within his first year of working for Schwan's he hit a "grand slam" which meant he achieved every possible sales award in a single year. This level of excellence only grew throughout his 30+ years in his sales career.

While being a salesman was a great outlet for Andy, his passion resided in his family. He was the epitome of a family man - providing for their every need and being present for each special moment of raising their two girls. His favorite pastime was watching sports. While he loved football and baseball (Gig'Em Aggies), he grew to be the #1 fan at his daughters' volleyball and soccer games, while also supporting each of his nephews in their athletic endeavors. Andy also loved to grill and spent many weekends hosting his family on their back patio while drinking wine and admiring his beautiful landscaping - another passion of his. No matter where he was, though, he was always making friends. Many have come to know Andy through his love for conversation and people as he never met a stranger. He was loud and loved to joke around with everyone - He just wanted to make people smile. If his charm wasn't enough, he'd be sure to get you with a "Who's your daddy?" or "Bom-diggity-bom-bom". These will be the things we miss the most - the life & laughter that his vibrant personality brought to everyone around him.

He is survived by his loving wife, Jennifer Clark Atkins, of 33 years; and his beloved daughters, Sarah Atkins, and Ashley Blackwell and husband, Tyler Blackwell; and his future granddaughter expected in May of 2021; plus his dog, Riley, and his grand-pups. He is also survived by his father, Burleigh Lou Redus; his brother, Bruce Atkins and wife, Ruth; and his sister, Michele Patterson and husband, Kevin. He leaves behind the love of many nieces and nephews as well.

He is reunited with his deeply loved mother, Eloise Kay Redus, and his brother David Atkins.

The family would like to thank the staff and nurses of the CCU at CHI St. Joseph's Hospital for their dedication to Andy's care during his illness. They would also like to thank all of his friends and customers that he made throughout his career at Schwan's and Palm Harbor. And, many, many thanks to all of the family, friends, and neighbors who have supported them during their loss.

To order memorial trees or send flowers to the family in memory of Andrew Atkins, please visit our flower store.