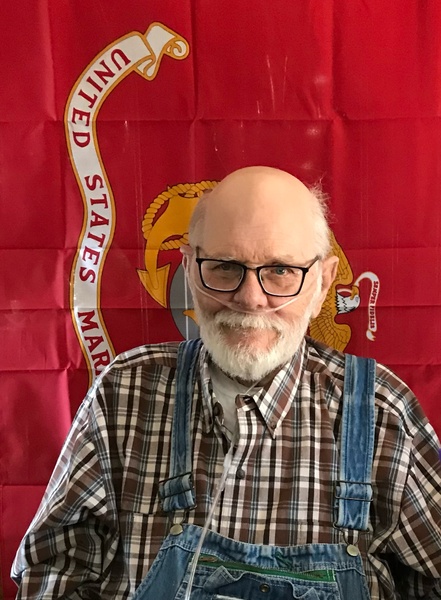 Butch, as most of his family and friends knew him, was born on December 25, 1945 in North Richland Hills, Texas. He and his sister, Beverly Snow, were raised by their loving parents, Harold Christopher “Curley” and Artie Geneva Fields. They grew up in North Richland Hills where their father was a commercial airline pilot and their mother was a homemaker. At the age of 5, he was diagnosed with rheumatic fever and was not expected to live a long life, however, he recovered and became what you could describe as the “golden” child. Butch spent many summer vacations in Iola with Granddaddy Hopkins and Grandmother Jimmie. Many of his mother’s relatives lived in Grimes County. Butch (Allen) was named after his Uncle Wilbur Allen Hopkins. As tradition would have it, his oldest Grandson Jordan Allen Fields, was named after him.

Butch had a bit of a wild streak, especially in high school. He was the kicker on the football team and was known as “Golden Toe Fields” due to his kicking talents. He also played a part in the school play, Bye Bye Birdie. One of his more famous stories was when he and some buddies put a whole box of Tide detergent in the infamous waterfall fountain of Baby Doe’s Restaurant on I-35 in Dallas one evening. He would laugh and say, “Well, I knew we were getting in trouble so I just waited for the cops.” After graduating high school, he attended Tarleton State for one year and then enlisted in the United States Marine Corps, serving in Vietnam.

In 1970, Butch made his way back to Grimes County where he lived with his Uncle Wilbur and family in Navasota. He was a city policeman with the Navasota Police Department. He met his wife, Georgia Mae Molitor, and they were married on June 5, 1971 at Salem Lutheran Church. They were blessed with two daughters, Kacie and Joni. Eventually, they were blessed with two son-in-laws, Chuck Lawrence and Frank “Butch” Surovik; five grandchildren, Jordan, Paige, Bryanna, Canyon, and Chucky; and one great grandchild, Kohen. Unfortunately, the marriage ended, but Butch and Georgia remained the best of friends. Every Christmas was a joint family celebration since his birthday was also on Christmas day. His special request was always Georgia Mae’s chocolate pie.

Butch enjoyed cooking, baking, and yard work, and his second family was the Lone Star 4x4 Cookers Barbecue Team. His favorite times were cook-offs and cooking for family reunions; he truly enjoyed taking his daughters along. The biggest cook-off represented Grimes County at the Houston Livestock during the Texas Sesquicentennial, the 150th birthday of Texas, in 1986.

In his mid-40’s, Butch was diagnosed with a very rare disease called Ankylosing Spondylitis, whereby the joints in his bones calcified, leaving him with limited mobility. He was considered disabled at this time, and was forced to quit his job at TDCJ in new construction. Years later, the VA identified him as a 100% disabled vet due the exposure to Agent Orange during Vietnam, which caused havoc to his body and health.

Butch was a very attentive father.  When his daughters could not consider doing something out of the ordinary, he would always tell them, “I wrote the book on that, you cannot even think about doing something wrong, because I would be able to tell it.” Butch was strong willed, but kind and soft-hearted, and extremely protective of his girls and his grandchildren. He spent many years going to football games watching his eldest twirl and perform in the band, and watching his youngest play volleyball and basketball. Later in life, when the grandchildren got older, Butch was no longer able to physically attend their extracurricular events, however, he would expect detailed updates and pictures to let him know how the events went. When his daughters updated him on technology, he loved to play online poker games to pass time since he was primarily homebound.

One of his strictest rules for his daughters, grandchildren, and friends was to “call or text when you get home”. He would always alert his loved ones of any weather conditions, especially since his daughters have to travel to work every day. And Lord, if you did not let him know you were okay, he would make sure to let you know that was not allowed! This is one daily thing that his family will dearly miss. Butch could come across as a gruff man, with his former Marine Corp tendencies; however, he genuinely had a heart of gold and would go above and beyond for his daughters, grandchildren, family, and friends.

To order memorial trees or send flowers to the family in memory of Allen "Butch" Fields, please visit our flower store.