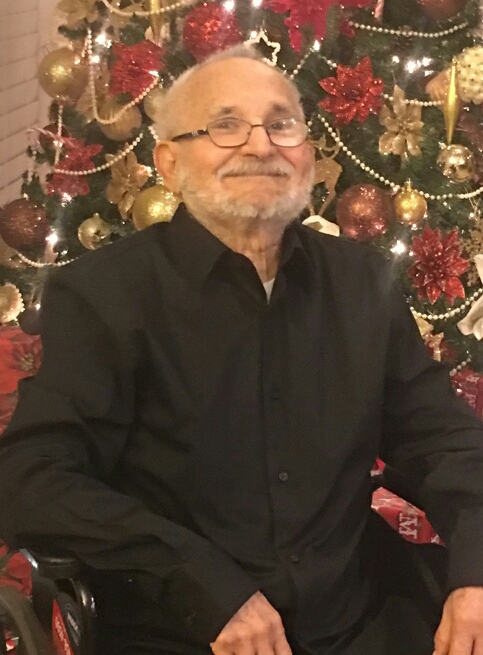 Albino was born on May 13, 1936 to his loving parents, Hipolito Davila and Gregoria Balderas. He was born in Los Ramones, Nuevo Leon, Mexico where he happily grew up and lived until he moved to Bryan, Texas in 1990.

As a young boy, Albino had a loving and happy childhood. He found a passion for baseball in his early years; from playing as a youth and young adult to especially cheering on and watching the Atlanta Braves and Sultanes De Monterrey teams- baseball was a lifelong passion for him. Albino worked as a supervisor at the Coca-Cola plant and enjoyed working there for many years. He later went on to become a manager at a local screen printing company in Bryan.

Albino had been happily married to the love of his life, Alicia Davila, for 38 years. The loving couple had five children together, Reyes Alejandro Davila, Roberto Albino Davila, Blanca Alicia Flores, Ricardo Alturo Davila, and Rogelio Armando Davila. After Alicia's passing in 2001, Albino dedicated much of his time making new memories with his children and family.
Albino was known as a very hard working and caring man. He always provided for his family and made sure everything and everyone was taken care of. He was an amazing father to his five children and caring grandfather to his fourteen grandchildren; always showering them all with his love. He loved to enjoy holidays with all of his family. Albino's love for baseball never wavered and he passed on his passion for baseball to his children. They always enjoyed watching the Atlanta Braves and Sultanes De Monterrey teams together. He will forever be remembered by his family as the very best father to his children.

Albino was always a happy and fun-loving guy! He always had a joke for every situation, often being referred to as "the kind jokester with a beer in his hand." He loved coca cola, margaritas, oatmeal cookies, red beans, and "marranitos," a gingerbread flavored, pig-shaped, Mexican sweet bread. His family could always see him enjoying one of these and saying one of his favorite phrases, "Que bonito es lo bonito" and "No nino."

To honor Albino's life, a visitation will be held at Hillier Funeral Home of College Station on Monday, March 11, 2019, from 4-6 PM, with a Rosary Service beginning at 5:30 PM.

To order memorial trees or send flowers to the family in memory of Albino Davila Balderas, please visit our flower store.