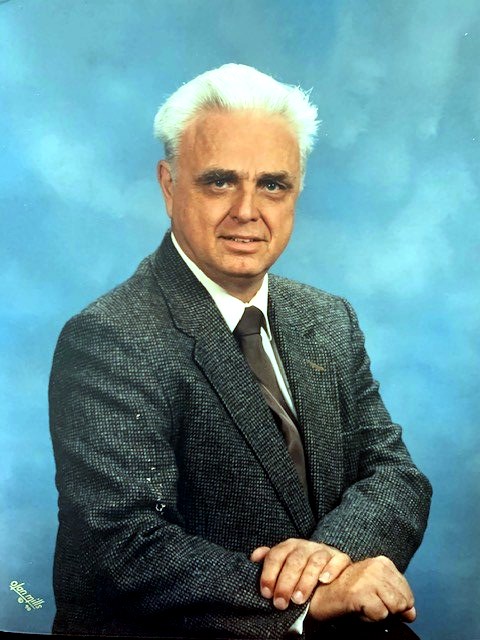 
Albert Bradley, 85, of College Station went home to his eternal reward on December 12, 2020. Al was born on June 29, 1935, and grew up in Philadelphia, Pennsylvania. He came to Christ at an early age through the youth ministry of Bethel Temple, Al's church home at the time. He at-tended a technical High School where he developed an interest in mechanics. During the sum-mers, Al worked on dairy and horse farms in nearby King of Prussia, PA.

After a stint in the Army, the Lord called Al to the mission field. He joined a new missions agency named Operation Mobilization. Al was based out of England but he also worked at the headquarters in Belgium maintaining their fleet of vehicles. He traveled all over Europe and the Middle East distributing Christian literature and sharing the gospel with people he met. During a trip to the Middle East, Al suffered an injury that ended his time in overseas missions.

He retired from Operation Mobilization in the early 1970s and moved to College Station, Texas where some of the people who had supported his missionary work lived. He began attending Grace Bible Church which was then located in downtown Bryan.

Al worked as a bus mechanic and bus driver for the College Station Independent School District, but he would say his real work was with college students in Texas A&M's Corps of Cadets. He became a friend and mentor, counselor and father away from home to thousands of young men and women over the years. He holds the record for the number of Corps formations attended. Al was typically on the quad two to three times a day and rarely missed a game day march-in. He hosted countless meals for cadets at his home and was famous for his huge meatloaf. Al often met students at the Memorial Student Center where he was always good for a free cup of coffee and a listening ear. He allowed cadets to live in his extra rooms over the summers and during their fifth year studies. What drove him to serve others in this way was his desire that they might know and follow Christ.

Al kept up with students after they graduated. He served as matchmaker for many students and facilitated a few marriages over the years. He attended promotions, winging ceremonies, mar-riages and other significant events for many of his former guys, often traveling across the coun-try and to Europe to visit them wherever they were stationed around the world.

For the past five years, Al was known for his maroon scooter which was given to him by mem-bers of the Corps of Cadets. It allowed him to get to the quad every day as well as trips to the grocery store, to church and medical appointments.

Al is survived by his brother William and sister-in-law, Shirley Bradley, and many nieces and nephews living in the Northeast. While he never married, the Church was Al's family and hun-dreds of spiritual sons and daughters follow Christ today because of Al's encouragement and sterling example of love.

Al's friends wish to thank Penny Carmody, Tyler Atkinson and the other staff of Texas Home Health and Hospice for their compassionate care. In lieu of flowers, donations to Grace Bible's missions fund, Operation Mobilization or Texas A&M's Corps of Cadets Development Fund are encouraged.

To those who were blessed enough to have known Al we can say along with the Lord, "Well done good and faithful servant."

A memorial service will the held at Grace Bible Church, Anderson Campus, on Monday February 8, 2021, at 3PM. The memorial service will be available to livestream via http://live.grace-bible.org/ for friends and family unable to attend. Following the service, there will be a ceremony honoring Al's life at the Corps of Cadets quad on the Texas A&M campus at 5 PM.

To order memorial trees or send flowers to the family in memory of Al Bradley, please visit our flower store.