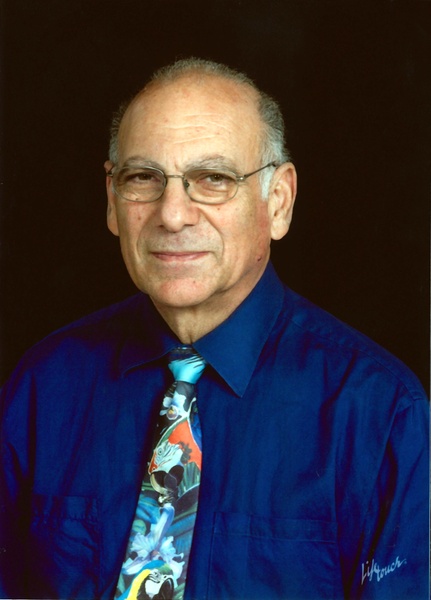 
Abe Messarra was born in Kingston, Jamaica, to John and Helene Messarra of Beirut, Lebanon. He became a U.S. Naturalized Citizen, and opened his first business, a gas station in Corpus Christi, TX at the age of 16. He also enjoyed leadership positions on his football team, and was Mary Carroll High School's Class President and Class Favorite. He met the love of his life, Patricia Ann Brock, at Lee County Junior College, where they were representing their respective colleges at the Texas Student Council Convention. Abe proposed the night they met, and they were married five (5!) months later on September 5, 1964.

Abe and Pat moved to Bryan, TX in April 1969. They co-owned a bookbindery in Downtown Bryan, A.B.E. Office Supplies, Computer Skills Institute, A Better Environment, and A Bygone Era. They were involved in getting Downtown Bryan revitalization started, and used their businesses to positively impact our community in many ways, teaching their daughters to work hard and give back to our community as well.

Abe and Pat were both active members of First Baptist Bryan, as well as founding members of the FBC Intercessory Prayer Ministry of which they were both fervent prayer warriors until their passing on to their Heavenly reward.

For the past 10 years, you could find Abe at the Bryan Lowe's, greeting and helping customers until the day before he went into the hospital. The family is so thankful for the way his co-workers supported and befriended him, especially as he struggled through chemo and the loss of Gayla. We are also thankful for the medical professionals at M.D. Anderson who cared for Abe over several years.

Pat was killed in an auto accident 20 years ago, and although Abe was a cancer survivor, he died from Covid. The family is so thankful to the CCU staff at St. Joseph's hospital for the wonderful care they provided for Abe's last days on earth, with special thanks to Dr. Richard Morgan.

Both Abe and Pat's parents have already passed on, as well as their younger daughter, Gayla Suzette Messarra. They are survived by their eldest daughter, Greta Messarra Woodward and her husband Bill; and two grandsons Charles Koby Elliott, and Jay Messarra and his wife Harley. Abe is also survived by only one of his six siblings (Abe was the youngest) his brother, Anthony Messarra and wife Mereda; many wonderful nieces and nephews; and an amazing church family at FBC Bryan! Pat is also survived by her younger brother, Gary Brock, and his sons and grandchildren.

In lieu of flowers, please make any gifts to the FBC Bryan Intercessory Prayer Ministry (979) 776-1400, in Memory of Abe and Pat Messarra.


To order memorial trees or send flowers to the family in memory of Abe Messarra, please visit our flower store.