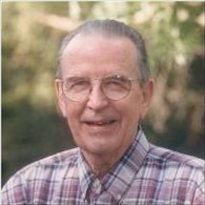 Harry Michael Coyle, 90, entered the presence of his Savior on January 18, 2017.  He was born on January 7, 1927 in Johnstown, PA to Foster H. and Ruth Enid Michael Coyle.  Graduating from Richland Township, PA schools, Harry briefly enlisted in the Army, then won an appointment to the United States Military Academy at West Point, where he graduated in 1950.  He earned a Masters Degree in Civil Engineering in 1956 from MIT and a PhD in 1963 from the University of Texas at Austin.

Harry met the love of his life, Josephine (Jo-Jo) Oefinger on a blind date in Washington, DC in 1954.  It was love at first sight.  Among other things, Harry told her, “Your eyes are like limpid pools and I could drown in them.”  The star-struck couple married on March 26, 1955.  Their love story lasted through 56 years of marriage at her death in 2011, and until this day.

Colonel Coyle actively served his country in the Army Corps of Engineers for 12 years: in Alaska after graduation from West Point; at Ft. Belvoir, VA (where his daughter, Debbie, was born in 1956); in a deployment to Korea in 1957 (during which daughter, Jenifer, was born in San Antonio); and on faculty at West Point (where son, Michael, was born in 1960).  He then served as an officer in the U.S. Army Reserves while earning his PhD in Austin, where son, Pat, was born in 1963.  Ultimately, he attained the rank of Colonel in 1973 and retired in 1987.

With his PhD in hand, Dr. Coyle took a job at Texas A&M University in the Civil Engineering Department in 1964, and moved the family to Bryan, Texas.  A popular faculty member, he energetically served his Aggie colleagues and students until his retirement in 1987.

It was in the BCS community that Harry’s commitment and desire to serve his Lord blossomed.  He and Jo-Jo became founding members of Grace Bible Church, where Harry served many years on the Board of Elders, eventually becoming an Elder Emeritus.  For 50 years at Grace, he shared his deep faith and knowledge of the Bible with hundreds of students and many adults through small group teaching and one on one mentoring.  Harry and Jo-Jo founded the Adopt An Aggie program at Grace, patterned after West Point’s adopt a plebe program. Known as a prayer warrior, Harry spent hours a day lifting up the needs of others, and he helped spread the Gospel of Christ throughout the world via financial and prayerful support of many missionaries. He continued to disciple, support and inspire others until his death.  Having loved his friends and family well, Harry Coyle will be missed by all until we are reunited with him in Glory.

He was preceded in death by his parents, his beloved wife Jo-Jo, and his dear son Michael.  Harry is survived by daughter Debbie Barry (and her children Julia and Andrew) of Belmont, MA; daughter Jenifer Purvis and husband Karl (and their children Kelsey and fiancée Scott Lorg, and Matthew and wife Morgan) of Berryton, KS; daughter-in-law Beth Gibson Coyle Faris of Boerne, TX and her daughters Christen (and husband Jacob) Kennington and Lauren (and husband Christopher) Orgeron of Houston, TX; son Patrick Coyle and wife Jeanne (and their children Katie, David and Lexie) of Bryan, TX ; and sister Lucretia Ann Cucciardo of Tampa, FL, and many loving nieces, nephews and cousins.  Beloved great-grandchildren are Micah and Claire Orgeron, and Riley and Reagan Kennington.

To order memorial trees or send flowers to the family in memory of Harry Coyle, please visit our flower store.