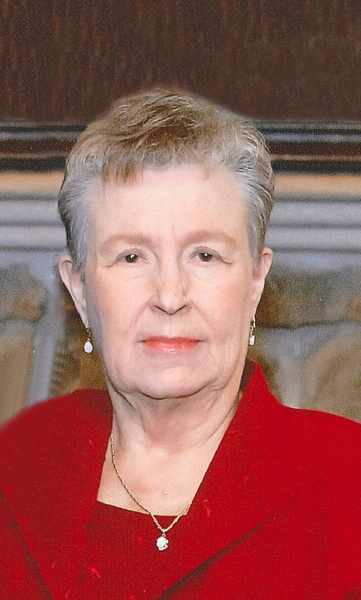 
Dorothy Mae Jordan, 78, passed away surrounded by family on January 10, 2020, in College Station, Texas. Dorothy was the daughter of Erwin F. and Celine I. "Irene" Cailteux, both of Belgian-French ancestry. She was born Aug 31, 1941, at the family's farmhouse in Iroquois County, Illinois, near the small French town of L'Erable ("The Maples"), where Erwin farmed their mixed grain livestock farm, and Irene raised the children.

She was the youngest of five children and sister to Noreen, Harold, Myron and Carol. She attended school at St. John the Baptist Catholic Church until 5th grade, followed by public school in the Central Consolidated School District. She graduated as Salutatorian of her class in 1959, and entered nursing school at Carle Hospital School of Nursing.

One of her favorite memories of childhood was climbing on top of a cement watering trough and then atop her father's beloved Belgian draft horses. Some of Dorothy's chores on the farm included gathering the chicken eggs and working in the large vegetable garden.

When Dorothy was 16, she met Wayne Jordan from nearby rival Herscher High School at a wedding dance in Ashkum. They dated for three years before marrying at St. Margaret Mary Church in Herscher, Illinois, on February 6, 1960. Dorothy and Wayne had six children - five sons and one daughter. She devoted her life to her family, and they lived in many places, including Fort Bragg, North Carolina, and Davis, California, before finding their way to the great state of Texas, where they lived in Bryan, Temple, and finally College Station.

Her biggest challenge as a mother was having FIVE BOYS. Every day was a different adventure, from bandaging scraped knees, running to the doctor for stitches, mending ripped jeans and answering calls from frazzled teachers and neighbors. She was also the family's seamstress, creating customized embroidered western shirts for the boys and dresses for her daughter. She was a fabulous cook and could feed an army on a budget. When her youngest was old enough to drive, Dorothy began her career as an administrative assistant in Texas A&M's chemical engineering department, where she worked for 15 years. She and Wayne retired in 2002, and began their travel adventures. She ziplined in Jamaica, drank glacier water in Alaska, became a leaf-peeper in New England, and visited her ancestral roots in Belgium.

Dorothy embraced volunteerism. She served as a teacher's aide in a local elementary school and knitted baby afghans for underprivileged new mothers. She and Wayne also worked together at the Brazos Valley Food Bank and were case workers for The Society of St. Vincent de Paul in Bryan. When she was not volunteering, she enjoyed visiting with her close friends daily in their walking group, reading books, knitting, antique shopping, watching movies, floating in the swimming pool, playing cards and dominoes, spending time with her children and grandchildren, and attending family reunions in Illinois and Kansas. Her grandchildren will always cherish the handmade afghans knitted in their college school colors.

Dorothy was loving and unselfish with her time and efforts. She was extremely proud of her family, and especially proud that her sons David and Steven served our country in the United States Marine Corps.

Dorothy was preceded in death by her parents Erwin and Irene Cailteux; brother Harold Cailteux and nephews Rodney and Richard Cailteux.

In lieu of flowers, donations can be made to either The Society of St. Vincent de Paul or Brazos Valley Food Bank.

To order memorial trees or send flowers to the family in memory of Dorothy Jordan, please visit our flower store.