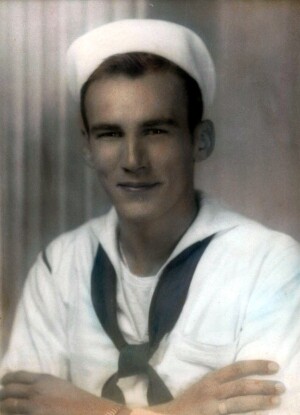 
William Thomas "Bill" Johnston, 100, of Bryan, passed away on Monday, December 13, 2021. He was a resident of Crestview Retirement Community in Bryan. Born October 14, 1921, in Anderson, Indiana, Bill was the son of Raymond K. and Mabel Thomas Johnston. He was educated in the Indianapolis school system, and spent his summers working on his grandparent's farm. After high school, he enrolled at Purdue University, but his college years were interrupted by World War II. He enlisted in the U. S. Navy Seabees and served in the European theater of operations.

On June 4, 1943, before going overseas, Bill married his long-time sweetheart, Jean Ehlers. In 1945, he returned from the war and completed his military service as a Drill Instructor at Camp Endicott, Rhode Island. He resumed his education at Purdue University, graduating with a degree in Forestry, but he soon learned that working in forestry would not support his growing family.

In 1950, Bill hired on with Western Electric, an arm of AT&T, and was promoted through the managerial ranks, moving from Indianapolis, to Lee's Summit, Missouri, and Shreveport, Louisiana. After a 34-year career, he retired from the Bell System, and spent three more years as a construction inspector, before he was hired by Texas A&M University, where he spent seven years as Director of the Industrial Energy Technology Conference.

Following his wife's death, Bill moved to Hilltop Lakes in Leon County. At Hilltop Lakes, he served as chairman of several committees, and served on the board of directors of the Property Owners Association. In 2017, Bill sold his place at Hilltop Lakes and moved to Crestview Retirement Community in Bryan. In October 2021, he celebrated his 100th birthday.

Bill received his Masonic degrees in 1949 in Mercer Lodge, Wingate, Indiana. He was a charter member and Past Master of St. Alban's Lodge in College Station. During his years at Hilltop Lakes, he was an active member of Rogers Prairie Lodge in Normangee. In 2019 he was presented with the 70-Year Service Award by the Masonic Grand Lodge of Texas.

To plant a tree in memory of William "Bill" Johnston, please click here.