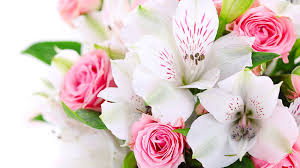 
Wiladean McCaffrey died February 1, 2020, in Bryan, Texas at the age of 93 years. She was born in Odem, Texas, on May 9, 1926, the youngest of five children. Wiladean's parents were William Charles Whetstone and Dollie McDaniel Whetstone. At the age of 18, during World War II, she married Roy Bennett, an officer in the Army Air Corps. After the war, Roy made the Air Force a career, and was stationed in Massachusetts, Hawaii, California, Taiwan, Ohio and Texas. With each move, Wiladean immediately made a beautiful and welcoming home. After Roy's untimely death in 1964, she was blessed to marry Read McCaffrey of Baltimore. For thirty years, she and Read shared a happy life together. While in Baltimore, Wiladean volunteered for many years at the Keswick Community. She bowled, played golf, and became an excellent bridge player. She was a seamstress, an expert at cake decorating and flower arranging, and later in life, created beautiful watercolor paintings. In 1996, after Read's death, she moved back to Texas, to be closer to her daughters, making her home in College Station.

She was loving, generous, and funny. She exemplified the humility and selflessness of "the greatest generation". Her family is grateful for her legacy and for all the wonderful memories.

A memorial service will be held at 2 pm on Tuesday, February 11, 2020, at St. Andrew's Episcopal Church.

If you wish to honor Wiladean's memory with a contribution, please consider the Teri B. Dismukes Fund of the Community Foundation of the Brazos Valley, St. Andrew's Episcopal Church, or Hospice Brazos Valley.