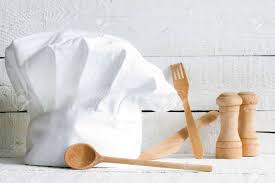 He is survived by his wife, Veronica Renee Landmann of Madisonville, TX; his father, David Landmann and step-mother Connie Landmann, both of Huntsville, TX; three sisters, Morgen Elizabeth Rose (Sam) of Katy, TX, Carrie Landmann Smith (Jimmy) of Conroe, TX, and Johanna "Annie" Spilman of Austin; a daughter, Sasha Renee Fitzgerell-Landmann of Hyampom, CA, four step-children, Lukas Grooms, Olivia Grooms, Ava Grooms, and Ingrid Grooms, all of Madisonville; and several nieces and nephews. He was preceded in death by his mother, Dianna Prestridge Landmann, and by his grandparents, Dr. Wendell and Rebecca Landmann.

Born in Houston, he grew up in College Station, TX, Grants Pass, OR, and Salem, NJ, but spent most of his youth in the Bryan-College Station area. He attended A&M Consolidated High School, where he began his musical life in school productions.

He pursued his interest in music hosting a local radio show featuring alternative and punk rock before leaving the College Station area and spending some time in the Baton Rouge area of Louisiana.

Mr. Landmann returned to Texas where he attended a school of culinary arts, training that landed him a job as café chef at HEB's innovative restaurant in Austin's Central Market. During that time he became certified in food services supervision and nutrition, and was a member of the National Restaurant Association. Later, as a catering chef, he used his skills and certifications to plan menus and prepare food for social events. He served as chef and line cook for restaurants in Texas and Louisiana.

His most recent position in the food services industry was as a chef for an assisted living facility in Madisonville. He remained proud of his more than 30 years of achievement in the food service and hospitality industries.
In the mid-nineties, Mr. Landmann became a founding member and bassist for the successful Austin-based punk rock band Lower Class Brats. His participation in the band led the group to a recording contract and a European tour.

It was his role as a member of Lower Class Brats that led to what Mr. Landmann felt was the happiest time of his life.
After more than 30 years, Rick "Brat" reconnected with Veronica in April. They originally met and became friends when she was a student at Texas
A& M University and he was in the band Colonel Lion and the Soldiers of Peace. An online connection blossomed into a fairytale romance which led to their marriage in May of this year.

Mr. Landmann will be cremated. He had requested that no services be held, however, a memorial gathering is planned pending the end of the COVID-19 pandemic.

Funeral arrangements are under the direction of Hillier Funeral Home in Bryan, TX.