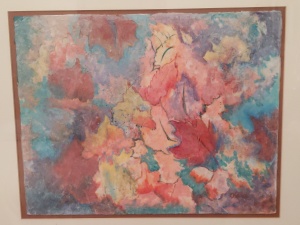 Opal Oleta Phillips was born in 1933 in Iowa Park, Texas to Loyal Jennings Robertson and Annie Mae Edgemon Robertson. Oleta grew up in Holliday, Texas where she was a high school cheerleader and valedictorian of her senior class.
She met a boy named Lemuel at church when she was 13. Two years later they began dating; and two years after that, on December 11, 1950, Oleta married the love of her life, Lemuel Harrison Phillips.
Three children were born to that union—Cheryl, Mike, and Vickie—who were later joined by three foster children—Teresa, John, and Debbie. Oleta went to cosmetology school and got her beauty operator's license, opened her own beauty shop, working so that Lemuel could go back to school. She was also an instructor at the beauty school for a number of years while attending Midwestern University in Wichita Falls, Texas.
When Lemuel became a preacher, Oleta became the quintessential preacher's wife, supporting her husband, entertaining groups of people at a moment's notice, hosting congregational open house every Christmas, even filling in as church secretary as needed. She became a popular speaker at ladies' days and college lectureships as well.
While their children were growing up, Oleta and Lemuel supported their every activity, from coaching little league to working concession stands, chaperoning band trips, or just cheering from the bleachers.
Lemuel and Oleta always enjoyed doing things together as a family. They could be found water skiing, camping, or traveling with their kids to see the Grand Canyon, Royal Gorge, Carlsbad Caverns, the mountains of Colorado and New Mexico, and other places of interest.
Oleta was able to study under various artists and became a phenomenal artist herself—oil painting, china painting and various other mediums. She loved teaching her students, and grandchildren the arts. In fact, she loved painting so much—on rocks, canvas, tree slices, dishes, shirts—nothing was safe! She even roped Lemuel into building picture frames and retrieving driftwood for her!
She loved crafting of all kinds and sharing her knowledge with others. She even taught herself to play the piano and keyboard and entertained many a group and family gathering.
She was outgoing and friendly and could talk to anyone any time! She was a wise counselor to the younger women, and loved teaching Bible class, especially her senior high girls' classes.
Oleta passed from this life April 16, 2019 at age 85. She is preceded in death by her parents, Loyal and Annie Mae, her sister Shirley Ann McAllister, and three grandchildren, Madison Brooke McCleary, Grace Anne McCleary, and Tanner John McCleary. She is survived by her husband, her three children Cheryl (& Wade) Leverett, Mike (& Cirrie) Phillips, and Vickie (& Steve) Thomas, 16 grandchildren, 28 great grandchildren, and many nieces and nephews. She will be sorely missed on earth but is rejoicing her newfound freedom from a body so long impaired by Alzheimers.

To send flowers to the family or plant a tree in memory of Oleta Phillips, please visit our floral store.