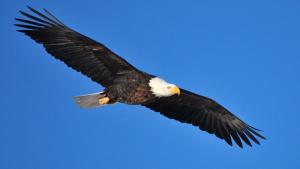 Mike Greenwood passed away September 21, 2019, days after his 63rd birthday.

Mike was born September 12, 1956, in Fort Campbell, Kentucky to Carl and Barbara Greenwood. Since his father was a gunnery sergeant in the Marines while Mike was young, he and his sisters Kathleen and Deb, moved around a lot until the family settled in Springfield Illinois where his brother Patrick was born. Once his father retired from the military his parents bought and operated an archery store. Mike won many youth competitions as an archer and participated in shooting exhibitions with his father at local schools. He loved outdoor activities like fishing and gigging frogs. As a teen, he was active in sports, playing baseball, basketball, and running track. After graduating from Riverton High School in Springfield, Illinois, Mike went on to receive his bachelor's degree in physical education, and health and human sciences from Greenville College. Mike received his master's degree from Northern Illinois University, completed his Post Graduate Studies in sport and exercise psychology from the University of Iowa, and received his PhD in Exercise Science, Motor Learning, and Special Populations from Texas Woman's University.

Mike met his wife Lori when they were both working at Barry University in Miami Shores, Florida. They were married on July 2, 1996, at the Little Church of the West in Las Vegas with family and friends in attendance. Mike and Lori were together in both their personal and professional lives, working as faculty since they first met. Their son Bryson Aaron Greenwood was born when Mike was 43 years old, and quickly became the light of Mike's life. He was actively involved and supported all of his son's interests and activities. Mike was incredibly proud of his son's accomplishments and in awe of his abilities. Bryson is a 20-year-old senior at UT Austin, majoring in computer science. Being so devoted to his family, Mike fondly remembered their vacation to Cabo San Lucas, where he and Bryson swam with the dolphins and they all went whale watching on a pirate ship.

Mike had a very strong work ethic. An educator, Mike began his career as a physical education and history teacher in Illinois, where he also coached multiple sports. Before he became a faculty member in the Department of Health and Kinesiology at Texas A&M, he taught and coached at Hardin Simmons University, Barry University, where he was the Sunshine State Conference NCAA Baseball Coach of the Year, and at the University of North Florida. He also became a Certified Strength and Conditioning Specialist He was then a tenured professor at Arkansas State University and Baylor University. With his competitive spirit, Mike wanted to be the best at everything he did. Sixteen years ago, at the age of 47, Mike was seriously injured when a brake drum from a semi-truck flew through the window of his vehicle. He had severe head trauma resulting in a craniotomy and other damage. He had a metal plate implanted in his head and lost his sense of taste and smell. After months of rehabilitation and sheer determination, Mike was able to return to work and a normal life.

When Mike wasn't busy working, he enjoyed spending time with his family, including their five dogs, working in his yard, and being disappointed by the Cubs. One of his best days was when the Chicago Cubs won the World Series in 2016. He felt that all those years of frustration had finally paid off. A very straight forward person who said what he meant, Mike was a confidante to many, often telling people "What's in the way is showing you the way." He was someone that you could always count on and would go the extra mile. He served as a Fellow of the International Society of Sport Nutrition (ISSN), National Strength and Conditioning Association (NCSA), and the American College of Sport Medicine (ACSM) as well as served on editorial boards for multiple journals. He also served for many years on the board for the Fellowship of Christian Athletes.

Memorial contributions are encouraged to be made to Aggieland Humane Society, in honor of Mike Greenwood.

To honor Mike's life, his family has planned a Life Celebration at Hillier Funeral Home of COLLEGE STATION at 2 PM on October 5, 2019, followed by a reception. In lieu of flowers, his family asks donations be made in Mike's name to the Aggieland Humane Society at 5359 Leonard Rd. Bryan, Texas 77807.

To send flowers to the family or plant a tree in memory of Mike Greenwood, please visit our floral store.