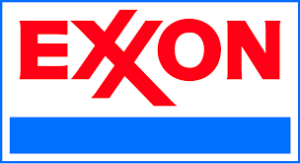 Jim was born on March 25, 1934, in Omaha, Nebraska, to his parents, Art Knutson and Ruth Allison Knutson. Jim grew up with his younger brother, Charles "Chuck" Knutson, in Louisville, Nebraska, which was a small farming community, where Jim spent most of his time hunting and playing sports. His dad, Art, ended up taking a job as Chief Chemist at Longhorn Cement in San Antonio, Texas, moving the family to San Antonio when Jim was 8 years old. While in San Antonio, Jim attended Alamo Heights High School and had numerous friends during those years. Jim owned a motor scooter, and he would ride with his friends to school and back…and just for fun! His favorite sport was baseball, and Jim excelled as a pitcher.

In 1951, at 17 years old, Jim moved to College Station to attend Texas A&M University. He was in the Corp of Cadets, and loved everything about A&M! He played baseball for A&M during his freshman year of college, but his ambitions to obtain a chemical engineering degree proved it difficult to continue playing baseball. The demands of a chemical engineering degree from A&M did not allow the time needed for him to take lab classes and play baseball at the same time. Jim completed the 5-year chemical engineering curriculum in 4 years and graduated with honors. While at Texas A&M, he enjoyed the camaraderie with his sports teammates and the other young men at the all-male, military, agricultural, engineering school at the time. Jim graduated with the rank of Captain from the A&M Corp, and officially completed his time in the Army with additional training. He was primarily an artillery and tank specialist but was never involved in combat.

After school in 1957, Jim began working for Union Carbide in the Los Angeles, California area. He was living with several other guys near the beach and was focused on work. Then, he met Gloria Moore. Gloria was a country girl from north Louisiana working as a flight attendant with TWA at the time. Jim asked Gloria on a date, they began dating and chose to spend the rest of their lives together. Jim and Gloria married on March 1, 1958, in California. They had 3 children together during their 53 years of marriage, Mark, Jill, and Blake Knutson. Jim worked hard to provide the best for his family. Jim was loyal, a hard worker, and a go-getter. He had a natural inclination to plan for the future and obtain what he planned. Jim had moved wherever his career took him to better his and his family's life. After working for Union Carbide in California, he moved to Waco, Texas to work for Rocket Dine. In 1967, he moved the family to Baton Rouge, Louisiana to work for Exxon. Jim was dedicated to his career and worked at Exxon for over 25 years, retiring in 1992. Jim was a good role model for his children, and his children had a great deal of respect for him as their father. Jim was a very loving and doting father. He would always show interest in his children's lives, ranging from taking them to many sporting events, going on wonderful vacations, and helping them obtain their college degrees. As his children became adults, he became more of a friend to all of them.

Jim and Gloria became members of First United Methodist Church in Conroe, Texas. He was more of an intellectual Christian man, who was rather private, but became a believer in Christ using his logical thinking. Jim concluded that it was not possible for the universe to have been created by happenstance but also that a person needed faith to believe.

Jim was a logical and detailed person. He was often content to do things alone but also enjoyed being around his family. He especially enjoyed large, family get-togethers that seemed to become more important to him in later years. The day he retired was probably one of Jim's greatest days. Retirement seemed to allow him to relax more, and embrace the joys of life without the stress of work, and he never looked back. He spent his years in retirement supporting his children and grandchildren in their accomplishments. Jim's family and friends will miss him dearly. His friends describe him as a big man that came across as a nice guy that they enjoyed being around. His children will remember him as a man that cared for them and always wanted to see them do well in life. Jim was a man of integrity, and his memory will be remembered and honored by all that knew him.

Jim will be reunited with the love of his life, Gloria Moore; and his parents, Art and Ruth Knutson.

A Memorial Service will begin at 10 am, on Thursday, July 23rd, at Hillier of COLLEGE STATION. Graveside services will follow at Aggie Field of Honor.

To send flowers to the family or plant a tree in memory of Jim Knutson, please visit our floral store.