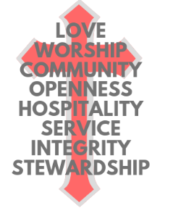 Helen Loewen Lacey passed on to glory on May 15, 2020. While we will sorely miss her, we rejoice that her hope has found its fulfillment.

Helen was born to Jacob and Helen Loewen in Pangman, Saskatchewan, Canada, in 1930. She was the oldest of twelve children who survived to adulthood. She was very proud of working in the print shop with her father and producing the Coaldale Flyer.
While teaching to pay her college tuition, Helen served terms at multiple rural schoolhouses in Alberta. Most notably, she taught at a Hutterite colony and on the Goodfish Reserve of the Whitefish Lake First Nation.

During breaks from the University of Alberta, she served three summers with the North American Indian Mission on the Marine Medical ship, doing evangelism when the ship docked at fishing villages along the coast of British Columbia. Aboard the Willis Shank, she met Thomas Edward Lacey, and they married in 1958.

After two more years with NAIM and the birth of Susan Joy, Tom and Helen moved to Kosciusko, Mississippi, where Tom served as the Youth Pastor for the First Presbyterian Church. There, David Edward was born. Tom and Helen felt a continual stirring to return to the mission field, and they were eventually accepted by the South American Indian Mission and assigned to Bolivia. For five years, they did evangelism and participated in village ministry in San Jose de Chiquitos and San Javier. Mark Thomas was born during their five years in Bolivia.

Eventually, Tom was ordained by the Presbyterian Church and accepted a call by the Presbyterian Church of Mexico to work in British Honduras. In 1970, the family moved to Cristo Rey, Corozal, British Honduras (now Belize). The small congregation there gave them a thatched hut to live in until Tom was able to build a house. Helen lived in Cristo Rey for the next forty years until she moved to live with Mark's family in the United States. Through most of those forty years, Dorothy Meyer lived next door and became like a daughter to Helen.

During their years in Belize, Tom and Helen were instrumental in establishing a number of Presbyterian village churches, as well as the Presbyterian Day School in Cristo Rey, the Presbyterian Medical Clinic in Patchakan, and Cornerstone High School. While Tom pastored churches, Helen taught and administrated at the Day School. They both served on the board of the clinic. Some of Helen's greatest joys were tasks of service: feeding a large army of volunteers with minimal groceries and stretching the rainwater to do the laundry at the clinic.

Helen died in Bryan, Texas, where she had lived the last two years, near Mark's family.

A private funeral service is scheduled for Noon on Saturday, May 23rd at St. Andrew's Episcopal Church, Bryan, Texas. The service will be live streamed on the church's Facebook page. Later a memorial service will be held at Cristo Rey Presbyterian Church and Helen will be buried in the village cemetery.

If you would like to honor Helen, please donate to the Presbyterian Day School via Kosciusko Presbyterian Church online at http://fpckosciusko.org/give-online or mail a check to the church and designate PDS in the memo line.

Alternatively, donations may be made to the Presbyterian Clinic in Patchakan online at https://presbyterianmedicalclinicbze.weebly.com/general-operating-fund.html or mail a check to Mission to the World, P.O. Box 744165, Atlanta, GA 30374-4165 and designate Project #90603 in the memo line.


To send flowers to the family or plant a tree in memory of Helen (Loewen) Lacey, please visit our floral store.

You can still show your support by sending flowers directly to the family, or by planting a memorial tree in the memory of Helen (Loewen) Lacey