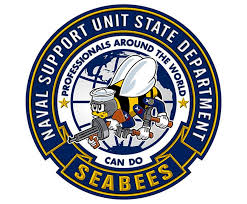 "A farmer who plants only a few seeds will get a small crop, but the one who plants generously will get a generous crop" 2 Corinthians 9:6. After a lifetime of generously planting his faith, Harold Louis Schroeder met his Lord and Savior on February 19, 2020.

Harold was born into his Earthly life on September 19, 1937 in McAllen, Texas, to Carl and Dorothy Schroeder. He grew up on the family farm with his siblings Carl and Lois, and enjoyed growing plants and vegetables. He thoroughly cherished reaping what he sowed and what God provided him and his family throughout his life.

As he grew up, Harold also enjoyed driving the tractors on the farm, flying his own airplane, a Taylorcraft, and driving his 1949 Chevy. He graduated from Concordia Lutheran High School in Austin and then enlisted in the United States Navy. He became a Seabee in the construction division. Following his honorable discharge, Harold attended vocational school for machinist and air conditioning.

After marrying Gerry Burris on November 3, 1962, Harold encountered two of the greatest days in his life, the births of his two children, Robert and Deborah. He devoted the bulk of his free time to them and passionately shared his faith with them. He became a very proud father the days they each where confirmed in the Lutheran Church. He faithfully supported the church with all of his heart as well as committed financial support with church needs and mission trips.

Harold was a very light-hearted man, who could laugh easily along with others, and at himself. He was a hard worker and a devoted family man. He had a passion for living on his ranch and growing and grafting trees.

In 1991, Harold married the second love of his life, Peggy Elmore, and they enjoyed 29 years of marriage until he left her to grieve him and was allowed to enjoy Heaven until they can be reunited. The rest of his family are missing him, but are joyous in his eternal happiness. They include his children, Robert Schroeder and Deborah Meyer, sister Lois Bohot, grandchildren Thomas Schroeder, Heidi Schroeder, and Sydney Baker, and great-grandson Luke Baker.

John 3:16 states, "For God so loved the world that he gave his one and only Son, that whoever believes in him shall not perish but have eternal life," therefore the family of Harold Schroeder invites you to join them in rejoicing in Harold's eternal life beginning with a visitation on Wednesday, February 26, 2020 from 5-8 pm at Hillier of BRYAN. On Thursday, February 27, 2020, the celebration continues at Bethel Lutheran Church with a Gathering at 1 pm and Celebration of Life at 2 pm. Final Military Honors will conclude the formal services and will be followed by a celebration reception at the church. Harold's Earthly vessel will be laid to rest at the Central Texas State Veterans Cemetery in Killeen.

To plant a tree in memory of Harold Schroeder, please visit our tribute store.