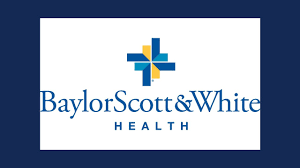 Guy Hubert Foster Jr. passed away on Monday, May 18, 2020, after a long life filled with memories that his friends and family will hold on to forever.
Guy was born in Austin, Texas, on January 14, 1947, to his parents, Doris Jane Mackland Foster and Guy Hubert Foster Sr. Guy lived in Austin until he was 15 years old, then moved to Traynor, Iowa. He always had a job, and was proud to say he bought his own '58 Chevy.

After graduating from Traynor High School in Iowa, Guy worked for two years as a resident aide at Nebraska School for Deaf in Omaha. Guy served in the Army Corp of Engineers for four years. He flew helicopters in Vietnam, as a gunship pilot. He won the Bronze Star Medal and the Air Medal with Valor for his dedicated and courageous service. After returning from military service, he graduated from University of Texas, earning a bachelor's degree in pharmacy.

While attending University of Texas, Guy met and fell in love with Dayne Foster. They married in Houston, and have been together for 44 years. Together, they had two daughters, Mikaela Dayne Foster Rush and Mallory Layne Foster. His wife and two girls meant the world to him. Guy worked hard to provide a good life for his family. He was a pharmacist for 43 years, working the last 32 years at Scott & White Pharmacy in College Station. He enjoyed his work, loved talking to the customers, and knew all of their names!
Guy enjoyed travelling with his friends; they enjoyed going on cruises, going to Estes Park in the summer, and the Kentucky Bourbon Trail in the fall. His friends will miss him telling them, "Let's get together and tell lies!" He was always wanting to have a project, he wasn't happy unless there was a job to do. He enjoyed his hobbies of beekeeping and he loved to mow on his fancy lawnmower. Watching Hallmark movies all day was his guilty pleasure. Friends and family will remember Guy by his humor, he could always make something funny and get you to smile, by his kindness, he was always willing to help out a neighbor, friend, or stranger, and for his mentorship, he would share his skills and expertise with others at his pharmacy. Guy was a genuine man that his friends and family will miss dearly, but will cherish his memory forever in their hearts.

Guy is preceded in death by his parents, Guy Hubert Foster Sr. and Doris Jane Mackland Foster; and sibling, Terry.

Virtual Life Celebration Services may be viewed on Saturday, May 23, 2020 at 11 AM through Guys tribute page at www.hillierfuneralhome.com.

To send flowers to the family or plant a tree in memory of Guy Foster, please visit our floral store.