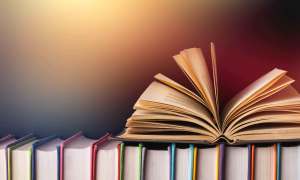 
Gene Schreiber,75, passed away in his home in San Jacinto County, on July 24th, 2020, from complications of gall bladder surgery and Lewy Body Dementia.

He was born on January 19, 1945, in Houston, Texas, to Patricia Ruth McWilliams Schreiber and Leon David Schreiber. He graduated from Galena Park High School in 1963. He served four years in the U.S. Marine Corp Band at DaNang, Vietnam, and Camp Pendleton, California, from 1965-1969. He graduated from the University of Houston in 1975 and Sam Houston State University in 1985. He taught elementary and junior high students in Coldspring, Texas, for 10 years. He was assistant principal in El Campo, Texas, for 2 years and Principal at Leon Taylor Jr. High, Ingleside, Texas, for six years. He created a business teaching computer skills and flute in Corpus Christi and Smithville, Texas. He retired in 2002 to Coldspring, Texas, and volunteered for the Gunnison National Forest, Taylor Valley, Colorado, every summer from 2004-2014. He was a member of the Livingston Community Band, East Texas Wind Symphony and the founder of the Stephen F. Austin Flute Sextet. He was a devoted, honorable, kind, adventurous and funny husband to Darnell C. Schreiber for 52 years. He will be greatly missed on earth.

A memorial service will be performed at the Methodist Church in Coldspring in the future.