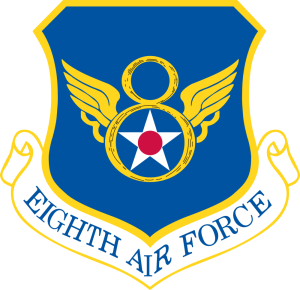 Robert H. Sweatt Sr., 98 years old, of Burton, Texas, passed away on January 7, 2021. Life Celebration Services will be held at 1 PM at Hillier Funeral Home, 4080 State Hwy 6 in College Station, on Saturday, January 16, 2021, with Frank W. Cox officiating. Visitation will be available between 11-1 PM at Hillier of College Station on the same day. Graveside services will be conducted at 3:30 PM at Oak Lawn Cemetery located in Somerville, Texas. Live streaming access will be available through Bob's tribute page at www.hillierfuneralhome.com.

Bob was born in Lovington, New Mexico, on May 9, 1922. He graduated from Prairie View High School and continued to receive a Bachelor of Science degree in Geology from the University of Houston. Bob was married to Mary M. Davidson of Panama City, Florida, on February 6, 1945. They had a wonderful life together for over 72 years as life partners.

Bob had several careers in his long lifetime. The first career was serving his country in the Army Airforce as a waist gunner in a B-24 Liberator in the European Theater. He was decorated for his service receiving the Purple Heart and other commendations. After being honorably discharged from the service and receiving his geology degree, he pursued employment in the oil and gas industry as well as prospecting for uranium. As his family grew, he left the oil and gas industry to become a teacher of science and math and to spend more time with his ever-increasing family. Shortly after beginning his teaching career, he purchased land near Burton, Texas, and began ranching. Ranching would end up becoming his most cherished career that lasted over 40 years. Over the last 40 years, he became known as a respected cattleman that could identify good stock and ran a well-respected outfit. He made many friends at the auction barns all around Central Texas.

Bob was preceded in death by his wife, parents, brother, three sisters and one granddaughter. He is survived by daughters Roberta and Marcy, sons Sam, Robert Jr. and Dan, sister Reba, and cousin Wardell. He was blessed with 9 living grandchildren and 11 great-grandchildren with an additional two great-grandchildren that will be here later this year.

In lieu of flowers, the family asks that donations be made to Brazos Valley Cares.


To send flowers to the family or plant a tree in memory of Bob Sweatt, please visit our floral store.