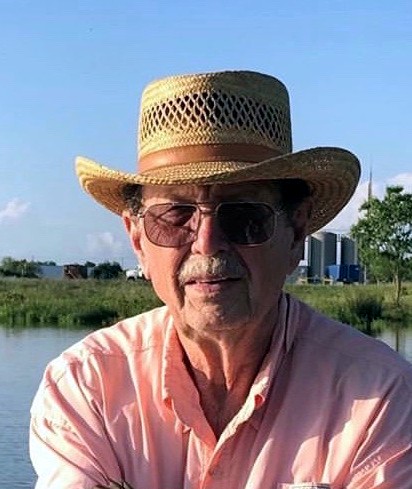 
Willis Sedoin Ritchey went peacefully to be with the Lord on June 3, 2020.

Willis was born to Willis Grant Ritchey and Sibyl (Dolive) Ritchey, on January 23, 1939, in Huntsville, Texas. He grew up in Coldspring, Texas, and after graduating from high school there, he attended and graduated from Allen Military Academy Junior College, Bryan, Texas, in 1959.

On August 22, 1959, he married Peggy Jeanenne Hamm, and moved to College Station to pursue a degree in Marketing from Texas A&M University.
During the Cuban Missile Crisis, his National Guard Unit was activated in October of 1961. Upon completion of his service in the United States Army, Willis returned to Texas A&M to complete his degree and began his career in the banking industry. He furthered his education with a Master's degree in Educational Administration by taking night classes. He retired in January 1994 as Assistant Registrar at Texas A&M University.

He and wife Peggy enjoyed attending their sons' and grandchildren's sporting events. They spent many hours watching them play baseball, basketball, cheerleading, football, gymnastics, soccer, and track. One of his greatest joys was hunting and fishing with his sons, grandchildren and dear friends in Argentina, Colorado, Mexico, New Mexico, and Texas.

During his younger days, Willis participated in city and church leagues in basketball and softball. He umpired in the city softball league and volunteered as Commissioner of Youth Basketball. He also served as a Deacon at Rock Prairie Baptist Church for many years.

Due to concerns regarding COVID-19, funeral services will be private. In lieu of flowers, the family request donations be made to the Habitat for Humanity, 119 Lake Street, Bryan, Texas 77801 or the Brazos Valley Food Bank P.O. Box 74, Bryan, Texas 77806.

Please click the play button (arrow) to view the Life Tribute Memoriam below.
To order memorial trees or send flowers to the family in memory of Willis Ritchey, please visit our flower store.