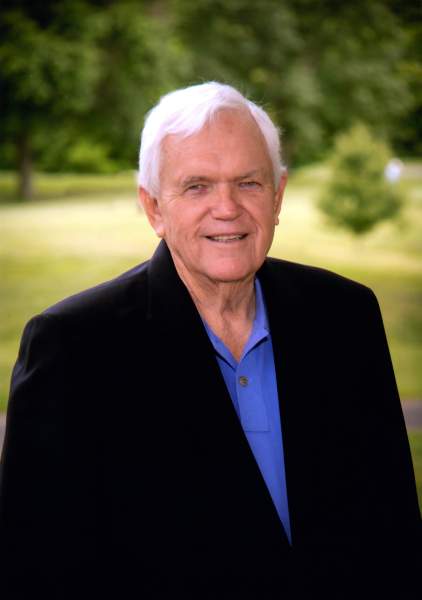 Sam was born in Beeville, TX, the only child of Julia Kathryn Field and William Thomas West. He grew up in Sinton, TX, where he played sports during his school years. He loved football and followed Texas A&M athletics his whole life.

He lived in McAllen, TX from 1975-2009. He was an avid golfer and could often be found in the Robbers' Roost playing dominos after a round.

He married his wife Anita in 1995, and together they spent time travelling and attending Aggie events. They moved to College Station, TX in 2009 to follow his beloved Aggies first hand.

He leaves behind his wife, two step-sons: Michael Fleming and his wife Darien of Seattle, and Peter Fleming, his wife Lisa and their children Ryan, Lillian, and Audrey of Fairfield, CT. Sam was very close to his cousins, JoAnn Sumney, Cheryl Wright, Linda Field, Jane Morrison, Judy Goodwin, Margaret Attaway, and Tilden West along with their families.

He was a friend to all he met and chose to donate his body to serve others. There will be no local services. Instead the family asks all their friends to meet on Saturday, August 17, 2019 at 4 PM at The Tap 815 Harvey Rd, College Station, TX 77840 to renew old friendships.

In lieu of flowers, the family asks for donations to First Presbyterian Church of Chillicothe, OH (17 Mead Dr., Chillicothe, OH 45601) or to the 12th Man Foundation https://www.12thmanfoundation.com/.

To order memorial trees or send flowers to the family in memory of William West, please visit our flower store.