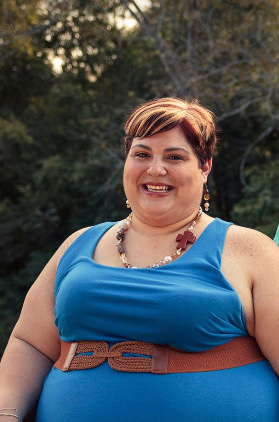 
Teague Kaye Rab was born November 8, 1986 in Bryan, TX. Her parents Christopher T. Owens and Judy Vela Owens raised her and her siblings in Wharton, TX. Her family is deeply rooted in the Catholic faith, and Teague followed in the Catholic traditions as well. She was the oldest of four children followed by Christopher Raymond Owens, Michael David Owens, and Mercedes Victoria Owens. She later became a sister to two adopted brothers, Luis Ortiz and EJ Gutierrez. Growing up Teague was a happy child. She loved helping in the kitchen and she would often use her play stove and make meals for everyone to try. She later became the "dessert maker" of the family.

She attended Wharton High School where she was one of the first student trainers to work with the athletes. She was highly respected and trusted by her peers and when she gave orders, they followed no questions asked. After graduating high school in 2005 Teague attended Wharton County Junior College. In 2014 she received a BS in Early Childhood Development from the University of Houston. She was drawn to teaching children especially those with autism and special needs.

Teague was married to her husband Patrick Rab for 12 years. They grew up as neighbors and childhood friends, and eventually started dating one year after high school. After dating for a year, they got engaged and were married on August 17, 2007 in Wharton, TX at Holy Family Catholic Church. During their marriage they had two children Ryley Ann Rab and Aaden Conner Rab. Teague was an amazing mother she went above and beyond for her children. They were her world, and everyone knew it. Family was everything to her. She always made sure they were taken care of while working and going to school. She was the peacemaker of the family. If something was wrong, she wanted to find a way to fix it and make sure everyone was happy. She had a heart of gold, if you were in her life, she considered you family.

Making gifts and crafts for her family and friends was something Teague enjoyed. She was always looking for something she could make or have her husband build for her. She loved watching hallmark movies and decorating her home. She was a board member of Envy Softball as well as Brazos Valley Softball. She was a CCE teacher for St. Joseph Catholic Church in 2017. She always liked helping people and donating her time so that her daughter would get to meet people and make new friends and have memories to look back on when she was older. Teague was also a life teen volunteer for 5 years, she enjoyed working and interacting with the youth. Recently she started a new position at a private daycare. Her class consisted of thirteen two-year old's. She was excited to share the new lesson plans she had been busy working on. She loved watching their minds grow as they learned new things each day.

So many words can be used to describe Teague but the ones that stand out the most are loving, outgoing and unforgettable. She was a beautiful soul and was always smiling no matter how her day was. She was always there to listen when you needed to talk or if you just needed a shoulder to cry on. Her hugs were heartwarming and full of love. She could just look at you and know when you needed one. She would always dream big and had many plans for her family's future and would embrace every day she spent with them. Her favorite colors were turquoise and pink. She liked Italian and Chinese food, and anything with dark chocolate was her favorite.

Family gatherings were important to Teague. In 2019 she planned a family Christmas trip to New Mexico. She had always wanted her kids to see and play in the snow. She made all the arrangements from lodging to fun activities. The trip was perfect. There was prayer, food, fun, drinks, games, and a lot of memories made that Christmas.


To order memorial trees or send flowers to the family in memory of Mrs. Teague Rab, please visit our flower store.