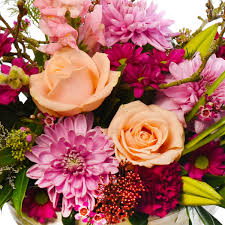 Robbie was born in San Angelo, Texas on June 2, 1935 to George C. and Ona Estelle "Stella" Thomas; the youngest of their four children. During her youth, Robbie was very athletic and participated in both track and basketball while attending Lakeview High School in San Angelo, Texas. She was a member of the Lakeview Maidens Basketball team which won the Golden Girls 2A state title in 1952. In 1953, she was the captain of the Maidens track team participating in shot-put, hurdles, and the relay. After graduation, she moved to San Antonio where she attended a modeling school.

Robbie met her husband, Raymond C. Robertson, on a blind date. They married a short six weeks later on September 8, 1956, and remained married until his death 42 years later. In addition to raising three daughters, she worked as a bookkeeper for a variety of local business until she retired in the mid 70s. During her life Robbie lived in San Angelo, San Antonio, Houston and Ozona and, finally, residing in Bryan for over 60 years.

During her married life, she enjoyed gardening and cooking which resulted in a small business growing and selling fresh cut herbs to local restaurants and grocery stores, as well as, writing cookbooks for her family and friends. She also enjoyed fishing, hunting and helping her children, as well as others, and participated in the Brazos County 4-H programs. In her later life, she became very involved in her church where she volunteered frequently.

Memorials may be given to M.D. Anderson Cancer Center for the Children's Art Project or ovarian cancer research. The family of Robbie Robertson wishes to extend our sincere thanks to the nurses and doctors at CHI St. Joseph Regional Hospital and Encompass Hospice for their caring treatment during the last days of her life.

To order memorial trees or send flowers to the family in memory of Robbie June Thomas Robertson, please visit our flower store.