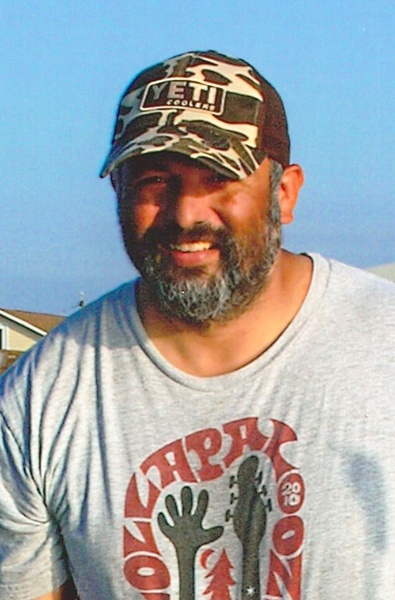 On Sunday, September 22, 2019, Richard Jonathon "Rik" Peacher, loving husband and father of four children, passed away at the age of 46.

Rik was born on January 4, 1973, in McAllen, Texas. Until the end of his high school career he lived in Beaumont, Texas. Following graduation from A&M Consolidated High School in 1991, he went on scholarship to play soccer at Long Island University in New York. Rik was a proud business owner in the Brazos Valley for more than 12 years. On May 20, 2006, Rik married Laurie Jones. They raised three outstanding sons, Shepherd, Anthony, and Charlie, and a beautiful daughter, Payton.

Rik had a true passion for soccer, and spending time with his children. He combined his two favorite activities in order to have some of his best times. Rik passionately coached all three of his boys as they grew up. Music was another interest of his, and he was an avid listener; whether it be while working or relaxing, he always had his music playing. Rik was an honorable, dedicated and providing husband and father. He was known for his handsome looks, outgoing personality, and stunning dance skills.

Rik is survived by his wife Laurie; his children Anthony, Charlie and Payton, and Shepherd Grimes; his parents Josie and Richard; his sister Christina Jessing and her husband Jeff, and nephews Kasen and Landen of Colorado; his sister Jessica West and her husband David, and nieces Hayli, Kylie, Abbi, and Rebecca of California; his brother-in-law Charlie Jones and his wife Melony, and nieces Zadie and Stevie; and his mother and father in-law Tony and Glenna Jones of College Station.

Rik is preceded in death by his grandparents Bob and Lupita Peacher; Robert And Josephina Beattie, his Uncles Johnny Peacher, Robert Beattie, and Edward Beattie, and his mother-n-law Sandy Eitel

Richard "Rik" Peacher's service and visitation will be held from 2-7 pm at Hillier Funeral Home of COLLEGE STATION on Sunday, September 29, 2019. The service will begin at 3 pm, and a Rosary will follow at 5. A Mass will be held at 10 am on Monday, September 30th at St. Thomas Aquinas Catholic Church.

To order memorial trees or send flowers to the family in memory of Rik Peacher, please visit our flower store.