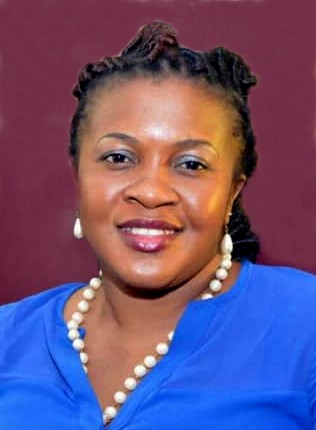 
A RARE GEM IS GONE

Omerebere, Afomachukwu…..Omy as we fondly call her was born to the family of Mr. & Mrs. Samuel Ezeanuna of the blessed memories in Awka Etiti, Nigeria. She was the 8th of their eight children. She had her early education in Nigeria, high school at Holy Innocent Juniorate Convent, and university education at the University of Benin. She graduated with double degree honors as a microbiologist and pharmacist. After her national youth service, she moved to the United States for further studies and medical care. When she returned briefly to Nigeria in 2016, during the holidays, little did we know that would be our last opportunity for a face-to-face get-together except through phone calls and chatting.

Her doggedness, intelligence and laser focus enabled her to excel in anything she set her mind on. She challenged the American Board of Pharmacy exams and was able to "ace" all the exams scoring above the 95th percentile, notwithstanding the heavy toll her ill health and the treatments were taking on her. It was quite unfortunate that her medical condition could only allow her to renew her pharmacy license without putting it to use. God, however, knows best.

Ebere was married and got blessed with a son, David. A dedicated mother to the core, who was very intentional in nurturing her son in the way he shall grow. Being very much aware of her possible short sojourn here on Earth, she made it a priority to equip and prepare her son for the journey ahead of him. She equipped and enriched him with wisdom, knowledge and fear of God. A single encounter with her son will leave you with an impression of a child operating in a realm way above his chronological age. Ebere was not just a mother to her son; she treasured children and embraced every moment with him. Her penchant for children made it an easy choice for her to take care of the children ministry and bible study of the Redeemed Christian Church of God Ministry.

Ebere was a lioness: fearless, strong and courageous. She never compromised the truth; a warrior and a super woman of God with substance and a heart of gold. She always had gifts for all, especially the children. No season; Christmas, Easter, birthdays, anniversaries; could pass without a gift from her….no wonder the kids gave her several nicknames: Nono, Anto, Omy, Mimi, Milimili, Nwa, Nko, Baby, etc.

Ebere, your transition to eternity is still a rude shock to many: to the many that you were encouraging and advising with the words of wisdom and inspiration, to the many that you were still collecting prayer points to pray for, and to the many that looked forward to your daily dose of scriptures. They did not know you were on the sick bed while fully engaged with them in the above activities up to the day you breathed last. Your only concern, which you expressed on several occasions, was what will become of the physical and spiritual well-being of your loved ones after you are gone.

Ebere was a devoted Christian, never joked with the things of God, ministering daily through the internet even while on her sick bed. No wonder she fought this ailment both physically and spiritually and won, to wear the crown of glory.
2Timothy 4;-7-8… "I have fought the good fight of faith, I have run the race, I have kept the faith. Now there is in store for me the crown of righteousness which the Lord, the righteous judge will award to me on that day and not only to me, but also to all who have longed for His appearing"

"To live in the hearts of those you love is not to die". With one voice we echo your normal regular slogan… "It will all end in praise!"
We bid you farewell until we meet to part no more….Adieu Omy…Adiue Afomachukwu

Contributions are encouraged to be made to a Benefit Fund for David Nwolisah at Guaranty Bank & Trust.

To order memorial trees or send flowers to the family in memory of Miriam Ezeanuna, please visit our flower store.