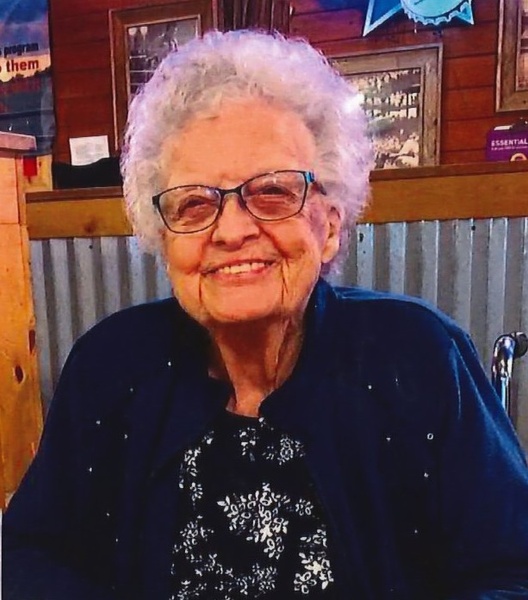 The prayers of our dear mother, Maxine May, were finally answered when she went home to be with her Lord and her beloved husband Saturday, September 14, 2019 at the age of 93.

Helen Maxine Ehl was born May 5th, 1926, in Lepanto, Arkansas, to Raymond and Myrtie Ehl. The family moved to Winfield, Alabama, when she was 5, and Maxine graduated from Winfield High School in 1944.

She married her high school sweetheart, Morris May, on April 5, 1947. A few years later they moved to Washington State, where they settled and raised their family, eventually moving to Texas, to be near their daughter in 2006.

Maxine loved to cook and try new recipes, and delighted in having people over for a meal. She also enjoyed sewing and quilting, and going fishing with her husband. Maxine was committed to creating a Godly home for her family and to living a Godly life. For the last several years, she read through the entire Bible every year.

Services for Maxine will be held 3 pm on Friday, September 20, 2019, at Hillier Funeral Home of BRYAN; viewing from 5:30 to 7:30 pm on Thursday, September 19, 2019.
To order memorial trees or send flowers to the family in memory of Maxine May, please visit our flower store.